Banana prices pushed up by Sainsbury's and Waitrose 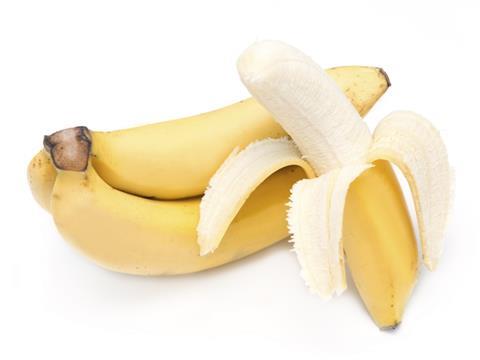 Sainsbury’s and Waitrose have upped the price of bananas in the wake of rising costs.

The retailers - which sell only Fairtrade bananas - increased the price of a kilo of loose fruit from 68p to 79p two weeks ago. This is the first hike by a major supermarket since April 2013, except for a five-week increase to 79p this January - again by Sainsbury’s and Waitrose.

Waitrose said the price hike was a reaction to increases in the market price of bananas. Data released by analysts Mintec his week shows the UK wholesale price of bananas is up 12.5% year on year to £900/tonne. Costs had been pushed up by lower production across many of the main producing countries and concerns over black sigatoka, a fungal leaf disease that can reduce the yield of banana plants by up to 50%, said Mintec.

Shipping and labour costs had also increased, said co-op Bananalink, adding that 79p was a more sustainable price for growers than 68p, but still not a fair one.

Bananalink international coordinator Alistair Smith said he thought it unlikely other big retailers would up their prices. “We would like to see supermarkets permanently increase the price to what is fair, and explain to consumers why this is a fair price for growers,” he added.

The latest increase comes after Fairtrade Foundation warned in May that the UK supermarket price war was encouraging Fairtrade growers to turn their backs on British retail in favour of other markets.

Waitrose this week stressed it had long-term relationships with its growers, some going back more than 50 years.

Sainsbury’s said its price increase had been done “without affecting any of our current supplier relationships.”