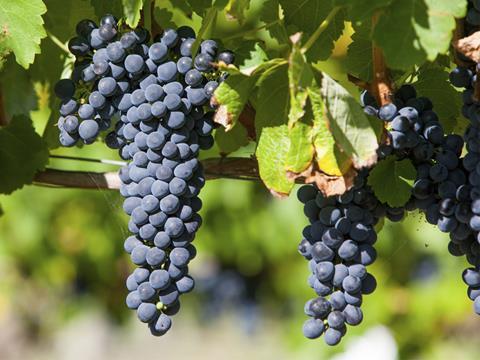 Cheap Australian wine could be under threat, industry experts have warned, as the vast majority of Aussie wine is now produced at a loss.

The Winemakers’ Federation of Australia’s 2015 Vintage Report recently revealed 85% of the country’s production will be loss-making this year. The situation for Australia’s growers has deteriorated since 2012, when 77% of production was unprofitable, though the results vary widely between regions. In cool climate areas, 57% of production is expected to at least break even - up from 51% in 2012 - while in warm inland areas, which produce generally cheaper wines, the figure has fallen from 15% to just 8%.

Australian wine is worth £1.2bn in the off-trade, and has risen 3.3% by value year on year, but the average price of a bottle has fallen from £5.44 to £5.36 [Nielsen] despite a 5p per bottle duty increase in March 2014. Earlier this year, Pernod Ricard UK commercial director Chris Ellis told The Grocer the low prices often found in the UK could deter suppliers as mounting pressure on Australian growers led to a possible drop in production.

The cost base of Australia’s wine industry would make it increasingly difficult for producers to compete against those in Europe, suggested Richard Halstead, COO at analysts Wine Intelligence, adding EU schemes had allowed European growers to increase production by replacing old vines with higher-performing ones. As a result, growers in unprofitable areas of Australia were likely to abandon wine in favour of other crops, he said, resulting in reduced supply.

Demand is reasonably constant but production is still consistently above that, has been for 32 out of the past 35 years

Halstead added Australia was suffering as a result of a long-term, global imbalance in supply and demand for low-price wine. “Demand is reasonably constant at about 250 million hl a year,” he said. “Production is still consistently above that, has been for 32 out of the past 35 years, and shows no signs of coming into balance.”

“For now, it’s great news for retailers and ultimately consumers, in that there is quite good-quality wine available at rock-bottom prices,” In the long term it was going to be hard for Australia to compete with low-cost production coming from, Spain, Italy and France, he said.

Australia’s wine industry had become a “two-speed economy”, suggested Giles Cooke, wine development director at distributor Alliance Wine. He said cuts in production would be necessary to support prices in warm regions, as has happened in Languedoc-Roussillon in the south of France, but said there was “little evidence of hard times” in premium regions such as Barossa Valley, McLaren Vale, Clare Valley and Adelaide Hills.

“The difficult questions that need to be faced are whether large-scale grape growing is commercially viable or necessary,” said Cooke. “There has been discussion about the need to reduce the warm climate irrigated vineyard area in Australia but, as tends to happen, it’s always someone else’s problem.”

“I’d like to see retailers doing their bit to encourage consumers to move up to wines priced at levels that are sustainable and fair to those involved in the supply chain,” he added.

But there were positive signs for the Australian industry, said Liberty Wines MD David Gleave.

“I can think of few countries producing such exciting chardonnay, pinot noir, shiraz, cabernet, grenache and countless other varieties as Australia, so they deserve greater representation on shelves and lists than they currently get,” he added. “Once the pendulum swings back in their favour, as the exchange rate has done recently, it will enable these producers to increase volumes and improve margins, something that will be positive for the financial health of the Australian industry.”