Food fraudsters be warned: science is closing in on you 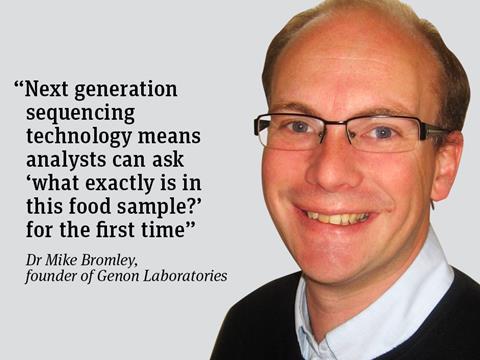 The revelation this week that as much as 70% of some oregano products could be made up of bulking ingredients serves as a reminder that food fraud hasn’t gone away.

With the food on our shelves coming from an ever-increasing number of sources worldwide, the number of potential contaminants is vast. However our capability to detect these has been limited by existing technologies.

Current analytical tests require an educated ‘guess’ as to potential contaminants. The presence of each needs to be assessed individually, so detecting any more than a small number of adulterants is not economically feasible. Furthermore, until recently detection methods for most contaminants were not available. This problem was exemplified by another Which? study that was unable to identify the meat found in five different takeaway meals.

Thankfully the technology does now exist to provide a comprehensive picture of the genetic content of any foodstuff. Using the same technological advances that now allow scientists to sequence a whole human genome in a day, it is now possible to simultaneously detect the presence of 7,000 different animal and plant species in a food sample.

This ‘next generation sequencing’ technology means that, for the first time, analysts can ask the question ‘what exactly is in this sample?’ instead of specifying which particular contaminant they are looking for and hoping they are right. Such developments in technology add to the arsenal available to the food industry to support retailers and manufactures in their war on food fraud.

As many food fraud cases don’t present health risks, some may argue that such thoroughness represents overkill. But given that each new case coming to light further erodes consumer confidence, retailers may well take the view that a clean bill of authenticity with each food product they sell is actually what their customers want to see.

Furthermore as such technology comes into common usage fraudsters may also decide that the risks of being caught have finally become too high.