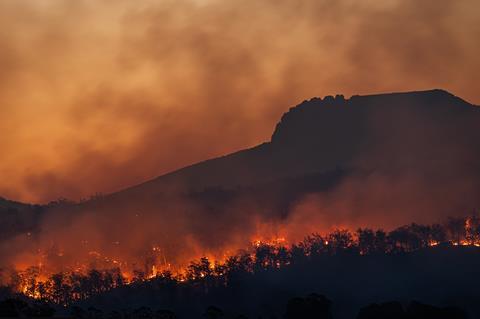 The IPCC report concluded our actions are the cause of the rapid changes to climate, flooding, droughts, melting glaciers, rising sea levels and heatwaves

I was going to talk about flavours and colour palates in this column but then, the long-awaited IPCC report was released – regarded as the most comprehensive scientific evaluation of the state of Earth’s climate. It’s been eight years in the making and the report concludes that, unequivocally, the global warming spikes are a result of human activities and excess, and unless we take urgent action now, our future is pretty bleak.

Our actions are the cause of the rapid changes to climate, flooding, droughts, melting glaciers, rising sea levels and heatwaves, it concluded. Its pressing message was that unless we have deep intervention and action now to reduce our emissions, our global temperatures will rise by more than 2°C by 2100.

So we have a choice. We either act now to save ourselves or simply keep chugging along in the same gear until we drive ourselves off the cliff: if nothing changes, we are on track for a rise in temperatures of 4°C to 6°C. To put this in context, the difference in temperature between now and the last ice age was around 4°C.

The report highlights two big culprits – the burning of fossil fuels and deforestation as killer contributors to the rapid increase in global warming (over the past 2,000 years). An increase of just 0.5°C would lead to 3x insect loss and 2x loss of plant species. The impact on human life would be extremely serious.

Unless we make drastic changes in the next decade, we will not keep below the 1.5°C increase above pre-industrial levels – set out as a target for the 197 countries at the Paris Agreement, and to be readdressed and challenged again this November in Glasgow at COP26.

As leaders we need to act. We should reduce the emissions of our own businesses, with the goal of net zero. At Rubies in the Rubble, we are right in the middle of completing our own life cycle assessment of our full cradle-to-grave carbon emissions – more of which we’ll share in future columns.

As well as looking inward, we must call upon our governments to cut investments into fossil fuels, and we must engage and educate our consumer audiences on the power they have in ‘voting’ with their wallets. It’s not too late to save our planet. But we must act now.