IFE 2017 is a chance to gauge the export market post Brexit vote, and to check out all the best NPD 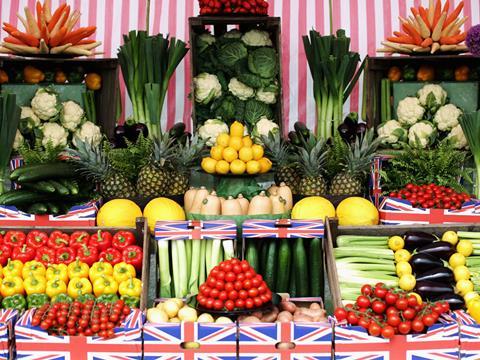 Last June’s Brexit vote seems to have had little impact on overseas food and drink suppliers’ appetite for doing business in the UK, with over 1,350 exhibitors from more than 60 countries expected at this year’s IFE, at ExCeL London, between 19-22 March.

This year, there will be debuts for Denmark, Cyprus, Singapore, Ukraine, Pakistan and Tunisia. In addition, a strong Mediterranean and Asian line-up is expected, with 97 exhibitors from Italy and 54 from China and India. Of course, as host, the UK is also heavily represented, with 705 exhibitors confirmed.

So as Brexit draws nearer, what’s luring would-be suppliers to the UK grocery market? Which companies are exhibiting from these countries and what are their products? And what are the key trends?

IFE’s showcase of the best of British and Irish foods

No business, perhaps, felt the impact of the Brexit vote more acutely than Donatantonio, a UK importer and distributor of Italian produce, such as pasta, oils and tomatoes , which supplies M&S, Tesco and Sainsbury’s, and is a regular fixture at IFE.

The company was hit “almost overnight” by a 12% to 15% hike in import costs, according to chief executive Simon Bell. However, he stresses Brexit won’t stop demand for Italian goods. “People won’t stop eating because of Brexit,” he says. “Our suppliers still want to supply us; they might not understand why we have voted to leave the EU, but they still want to stay in business and to trade with us.”

Bell also believes the UK food market has a lot going for it as one of the “most dynamic and sophisticated markets in the world”, and a “hotbed of innovation”. “There are so many trends going on in the UK; it’s a fantastic business to be in,” he says.

Eddie Grimes, UK & Ireland sales and accounts manager at Surgital, a major supplier of UK foodservice which will exhibit its fresh egg frozen pasta and organic children’s pasta, says the company has benefited from demand for genuine Italian pasta. He believes this growth is being driven by more diverse tastes and a demand for quality. 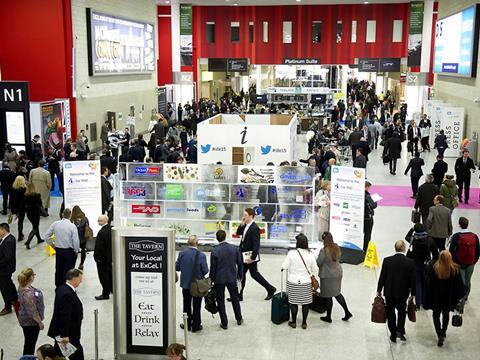 Last year the UK imported £2.49bn worth of Italian products. Growth is largely being driven by the increasing popularity of cooking shows, according to Antonietta Kelly, trade analyst at the Italian Trade Agency London. “The interest in Italian food and drink products has been increasing in the last year thanks to TV programmes on Italy with famous chefs like Giorgio Locatelli, and Gennaro Contaldo,” she says.

As well as scratch home cooking, Diego Pariotti, Cirio UK’s MD, sees opportunities in NPD and organic. “The UK seems to be moving away from pre-packed meals favouring healthier meals cooked from scratch,” he says. “We also see huge potential in the organic market, which we hope to tap, as well as launching the first 3-in-1 tomato salsa to further growth.”

Second only to Italian food, the rise of Eastern cuisine is being driven by the popularity of Chinese New Year and trendy restaurants like Itsu and Wagamama. Following this trend, this year’s Asian exhibitors will be showcasing products ranging from seaweed snacks to organic tea.

“Ethnic cuisines continue to dominate UK kitchens; as such, it is a thriving opportunity for authentic ethnic brands and we expect demand for innovative solutions from around the world to continue growing,” says Martina Davis, brand manager at Amoy. “The simple addition of an authentic ingredient can make an incredibly easy Asian meal; ingredients such as soy sauce, coconut milk, and stir fry sauces are now staples of the UK consumer.”

Another Asian country that is well represented is India. Vishal Ruparel, MD of Ruparel Foods, a peanut butter and paste manufacturer and exporter to more than 30 countries, has benefited from the UK’s increased consumption of the product.

Seeking to exploit this trend, he is targeting the expanding own-label market, though he warns that trade will suffer as Britain leaves the EU. “The UK is definitely the centre of Europe and we use it as our main market to enter other European countries,” he says. “However, if the UK splits from Europe then, as an exporter, our business will suffer and we’ll have to work directly with other EU countries.”

IFE event director Soraya Gadelrab, on the other hand, says despite the Brexit vote it’s still “business as usual”. “Britain remains a leader in the global food and drink industry and IFE 2017 offers the chance to show the UK is truly open for business.”

IFE’s showcase of the best of British and Irish foods 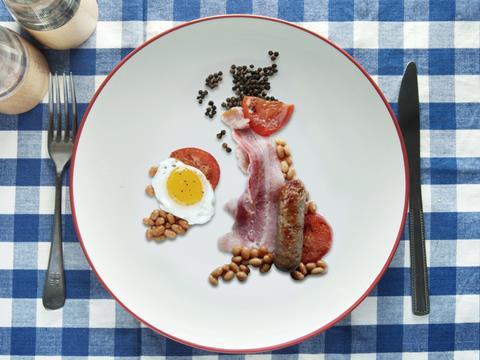 This year’s IFE will dedicate a whole section to Great British and Irish food, with 250 exhibitors ranging from cheesemakers and wine producers to ice cream manufacturers.

Biddenden Vineyards, Kent’s oldest vineyard, will be exhibiting its flagship wine Ortega and Red Love Apple Juice. Ortega, which accounts for more than half of the 24-acre vineyard’s plantings, is an off dry with a citrus and peach flavour. Red Love Apple Juice, launched in November 2015, is the UK’s first naturally red apple juice.

Marketing manager Victoria Rose says the vineyard sells itself on being from the ‘Garden of England’ and has actually benefited from the Brexit vote. “We are proud of being independent and supplying exclusively farm shops, delis, off-licences, restaurants, hotels, pubs and B&Bs,” she says. “Brexit and the weakened pound, if anything, have had a positive effect with a surge in trade from pubs and hotels that have found, for example, the cost of French wine has gone up.”

Meanwhile, Cornish ice cream producer Callestick Farm, which will be exhibiting its full range, has chosen to focus its provenance on the costs it can control, such as its milk, by investing in a herd of Jersey crossbred cows that stay out on the grass all year round. “We have used the fact that we have grass-fed cows and the nutritional value of milk, as well as the provenance of being a family farm, as our key selling points,” says director Angela Parker.

From the west coast of Ireland, Loughnane’s, an Irish sausage and pudding manufacturer, will be launching its chicken, turkey and duck sausage range with a focus on health. The company, which supplies wholesale and retail with branded and own label, will also be showcasing its Guinness-branded sausages.

“The big focus this year will be on health with less fat and salt, which we are aiming to address through innovation,” says account manager Gerald Kirwan.

Danish brand Mollerup Brands uses hemp seeds to make a range of protein-based products with nutritional benefits. Second only to soy in terms of protein content, hemp seeds, which can be turned into oil and flour, are ideal for vegans, vegetarians and coeliac sufferers, according to director Henrik Rendboll.

Going down the more traditional route, lifestyle nutrition manufacturer Nutristrength will be showcasing its whey proteins range, including Goat and Sheep Whey Protein. And drinks brand Barracudos will be launching its sugar-free range of protein-infused vitamin waters, aimed at bridging the gap between wellness and fitness.

On the free-from front, meanwhile, So Free Chocolate will be exhibiting its dairy, gluten and nut-free chocolate range at the event, says MD Adrian Ling. “That’s where the market is headed; it’s no longer good enough to be dairy free, it’s about a quality tasty product that changes people’s perceptions and competes on an equal footing in the mainstream. Also, as a confectioner, sugar is the no 1 issue and we have been working hard to reduce the amount of sugar in our products.”

With the sugar backlash in full swing before Brexit became reality, it’s business as usual in more ways than one.