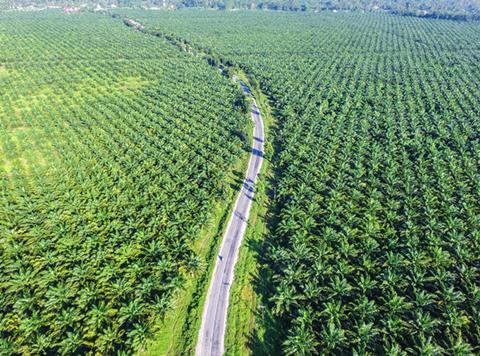 Twelve of the world’s largest chocolate and cocoa companies have committed to end the destruction of rainforests in their supply chains.

The companies, including Nestlé, Mondelez, Mars and palm oil producer Olam came together with the Prince of Wales and ministers from Côte d’Ivoire and Ghana to talk about deforestation in the cocoa supply chain on Friday (16 March).

Each company committed to create a plan of action in a collective statement of intent, ahead of UN climate talks in November.

Brands that use palm oil have increasingly come under scrutiny over the destruction of forests and peatland. Producer Olam faced accusations of deforestation in South East Asia and Gabon in December, following a report by US-based environmental group Mighty. Olam, which processes 2.5% of global palm oil, supplies brands including PepsiCo, Kraft Heinz, Unilever, Mondelez and Nestlé.

In February, HSBC tightened its lending guidelines to palm oil producers after Greenpeace accused the bank of funding companies linked to deforestation.

“We believe public-private partnerships are critical to transforming the cocoa sector and tackling deforestation because of their power to combine the resources and expertise of governments, donors, industry, suppliers and most importantly, farmers all working together,” said Weber.

In a speech at the event, the Prince of Wales said the private sector had a “critically important part to play” in protecting global forests.

“The commitments made in this regard over recent years by a number of the world’s major companies, including some of those represented in this room, are hugely encouraging. But we all know that delivery on commitments can be challenging, to put it mildly, and that the list of commodities covered remains far from complete,” he said. “And until now, one of the important omissions from that list was cocoa, which is why today’s announcement is so very heartening.”