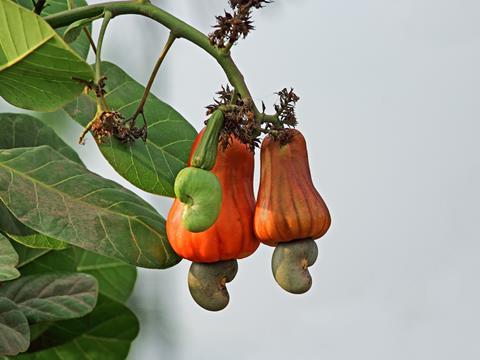 Soaring demand and poor weather in key growing region Vietnam have pushed wholesale cashew prices up by a third to their highest levels in over five years.

In 2015, cashews were one of the cheapest tree nuts on the market, sitting at $7.5/kg. But on the back of increasing popularity, tightening supplies and its versatility in products such as dairy alternative drinks, protein bars and muesli, prices hit $11/kg during May.

Following disruption to supply in Vietnam in 2016, the country has lagged behind rising global demand. Vietnam accounts for 15%-20% of global output, behind India and Ivory Coast, but it is the world’s largest cashew exporting country as a result of its processing capacity, with an almost 70% share.

The country was hit heavily by inclement weather, which reduced yields and crop quality last year. Buyers decided to fill their stocks for immediate needs and wait for the next season’s crop in the first half of 2017, hoping prices would fall with higher production.

But heavy rains during the Vietnamese growing season in the first quarter of 2017 are now expected to further limit production. Output for 2017 is now forecast to fall by about 18% year on year, with some provinces reporting a decline in production of as much as 50%.

Elsewhere, the crop in West Africa has been also revised lower. West Africa exports 70% of its cashews to Vietnam for processing, with nuts this year being affected by heavy winds during the flowering stage.

Prices are expected to remain firm for the time being. Demand is expected to soften as buyers resist the current price levels but Vietnamese processors who have already purchased raw cashews at high costs are unlikely to back away from their price demands.

Jonathan Stokes is a market analyst for Mintec