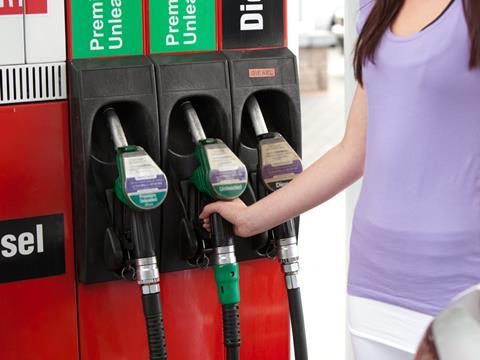 Shoppers are paying more at the pumps as the cost of petrol hits a two-year high.

UK drivers were paying more than 15p a litre or £8.25 a tank more for their fuel at the start of the year than in January 2016, according to the AA.

The price hikes follow an increase in crude oil prices in December after OPEC and some non-OPEC producers reached an agreement to cut production in a bid to lower global over supply, according to Mintec.

“Drivers have had a bad start to 2017, seeing 1p, 2p and even 3p ticking up on the fuel price boards over the Christmas and new year holiday period. Petrol is back to where it was in December 2014 and diesel at a level last seen in July 2015,” says AA spokesman Luke Bosdet.

Between January and September 2016, UK petrol consumption fell 1.2%, , but petrol sales among the big four supermarkets increased 2.1% to 4.412m tonnes.