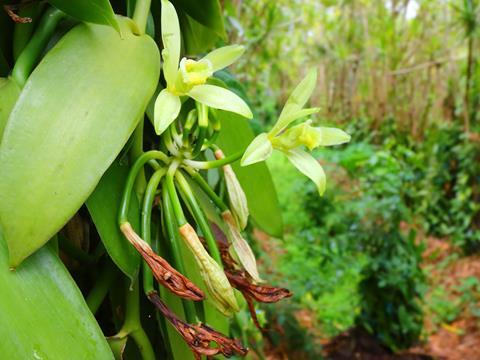 Chronic global shortages of vanilla could now be affecting consumers as food manufacturers struggle to source high quality batches of the commodity.

Prices have reached unprecedented high levels in recent months. Since Cyclone Enawo tore through Madagascar in March, prices have climbed above $530/kg, more than doubling over the past 12 months.

Vanilla is now more expensive than silver, which hit $520/kg at the start of May.

Madagascar accounts for over 70% of global production and adverse weather has limited supplies. Prices have risen steadily since 2012, when vanilla traded at a mere $30/kg, while global demand has exacerbated the problem, as food manufacturers shift towards more natural food ingredients.

Meanwhile, yield quality has also declined. Vanilla is harvested as a green bean before it is then cured in a lengthy process to enhance the flavour and darken the colour. Producers have developed ‘quick curing’ to take advantage of high global prices, but it has come at a cost of the vanillin content, the main flavour compound.

This means that while a premium is paid, quality has deteriorated, and the flavour is not as intense.

But there are signs this overheated market might cool, as prices have failed to rise dramatically since March. Amid reports of a decline in yields and quality, buyers appear to be resisting further price hikes, while food manufacturers also have the option to shift back to synthetic vanillin.

In addition, high prices bring higher investment. Vanilla production has been increasing in countries such as Indonesia, Papua New Guinea and Uganda while methods to produce natural vanillin from sugar or rice bran are also being developed.

Jara Zicha is a market analyst for Mintec