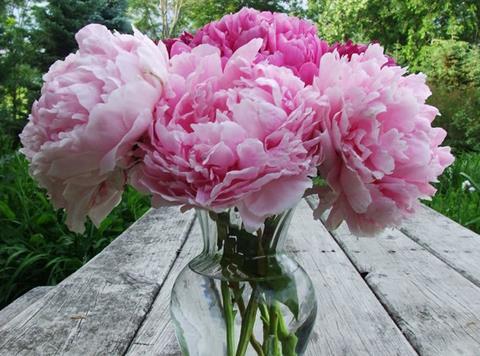 The Co-op has reported booming sales of British flowers, with peony sales soaring and sunflowers the next seasonal bloom expected to follow the trend.

The mutual said it had seen a 70% increase in turnover of British flowers so far this spring and summer with peonies outselling carnations and expectations high for sunflowers as they arrived in stores this week.

Sales of peonies during the six-week season were up 70% as well, outstripping the ever popular carnation. Sales were boosted by a bumper peony crop, driven by good growing conditions in the East Midlands.

The peony’s rise in popularity on social media was also cited as a sales driver, with the photogenic flower appearing on social media channels such as Instagram around 7,000 times every month this year, according to the mutual.

The next British lines to land in stores will be sunflowers and gladioli, which the Co-op anticipates will see a similar trend this summer. Sales are expected to be up over 20% on last year, which will make it a record-breaking sales year for sunflowers.

“We are having a really amazing season on British flowers, with sales up almost 70% in the year to date,” said produce and horticulture senior buyer Nicky Proudlock.

“This is spurred on by sales of the flower of the moment - peonies. Our British peonies are outselling carnations in most of our stores - there has been a bumper crop this year, so even though they are only in season for a short period of time, they’ve given us a real boost.

“Our British sunflowers are expected to make a similar impact when they land in stores this week. We’re anticipating that sales will grow at least 20% year on year, which would make it a record-breaking sales year for us.”

The Co-op has been selling peony bouquets for £5.