Waitrose and Co-op gear up for Mother's Day demand surge 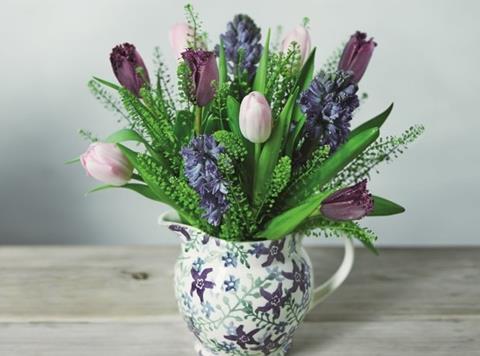 Retailers are gearing up for Mother’s Day this Sunday (15 March), with both Waitrose and The Co-operative Group expecting a boost in sales.

Waitrose said in the past week it had seen gift cards rise 57% year-on-year, while Mother’s Day gifts were up 41%. Candles were up 24%, while demand for Essential Waitrose vases had rocketed by nearly 200%.

It also said luxury bath products were in high demand, with Senspa’s bath salts range up more than 100% compared to last year. Shoppers were also stocking up on breakfast treats and sparkling wine.

The Co-op Group, meanwhile, is predicting it will sell an additional 300,000 bouquets in just four days in the run up to (and on) Mother’s Day, with consumers spending an estimated £260m in the UK - beating other seasonal events such as Valentine’s Day.

It also conducted a survey which found the average spend on Mother’s Day gifts this year comes to £46, compared to £53 for Valentine’s gifts. Those most generous were those from Newcastle, spending £70.21 on gifts.

“Flowers were the original Mother’s Day gift, often picked from gardens, and they are still such an effective and affordable way to spoil our mums, and add a touch of spring to any household,” said Co-op flower buyer Nicky Proudlock.

“As a convenience retailer, we ensure that we are stocked up with flowers and gifts each year on Mother’s Day so that nobody need arrive at their mums empty-handed.”