Convenience shopping then and now: key stats from the Co-op report 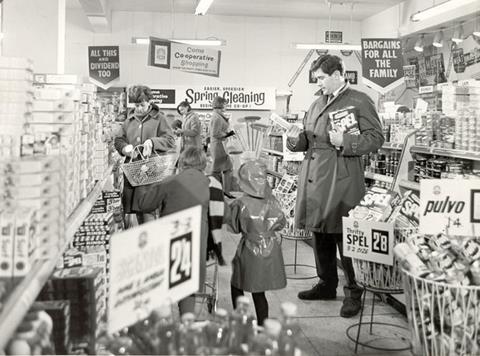 The Co-operative Group has published a retrospective on convenience retailing over the past 50 years. It’s crammed full of facts and figures on how retailing and shopping habits have changed over the past five decades. We’ve pulled out the most eye-catching stats for you.

The everyday shop is on the way out: One in three women in 1965 shopped every day for groceries; in 2015 only 3% of people shop every day.

Shops are getting faster: In 2015 the average shopper spends 5.6 minutes in the store while in the 1960s this was 13 minutes.

We remain on our feet: 68% of shoppers in 1965 walked to their convenience stores, and in 2015 walking remains the key form of transport for c-store shoppers, with 61% getting to shops on foot.

Milk is still number one: The average basket has changed hugely over the past five decades, but one thing has stayed the same – today’s number-one convenience item is milk, just as it was back in 1965.

And Friday remains the key shopping day: it was the busiest day for convenience shopping back in 1965 and it remains so today