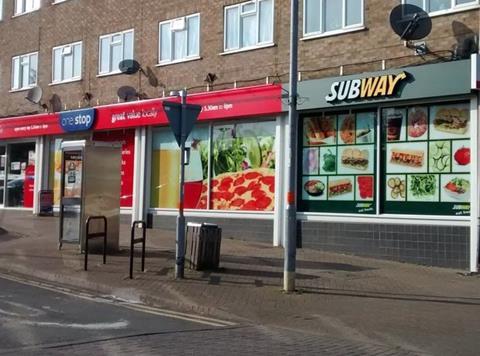 Tesco subsidiary One Stop Stores has launched its first in-store Subway concessions. The two launches, within the space of 24 hours, come in a company-owned outlet and a franchised branch.

The franchised store, a former Londis in Leicester, is also the first 24-hour One Stop franchise shop.

The 2,500 sq ft company-owned store is in Burton Latimer, in Kettering, Northamptonshire, where the new Subway concession complements the existing Post Office Local.

One Stop, which has 770 neighbourhood stores across England and Wales, has operated the Kettering store for the past two years.