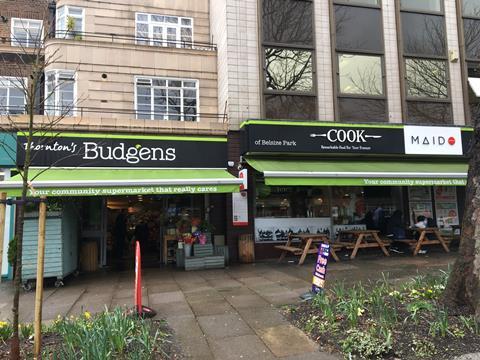 The store, owned by Andrew Thornton, has added hundreds of vegan lines over the past few months

Leading independent retailer Thornton’s Budgens has ramped up its vegan offering as part of its ongoing mission to reduce its environmental impact.

The store, owned by Andrew Thornton, has added hundreds of vegan lines over the past few months and now has around 800 lines which are clearly signposted as vegan throughout the store.

The retailer said the focus on vegan came about through its wider sustainability drive, which included the introduction of 2,200 plastic-free lines last year. During research for that project it said it saw the “impact the meat and dairy industries had on the environment, and how we could help move things in the right direction in that area of retail”.

“We are bombarded with different facts about what kind of things have more impact on our health, but my view is that using vegan products not only has huge benefits for our health and the environment, but also enriches our palate,” said Thornton’s Budgens project manager Nataliya Kim.