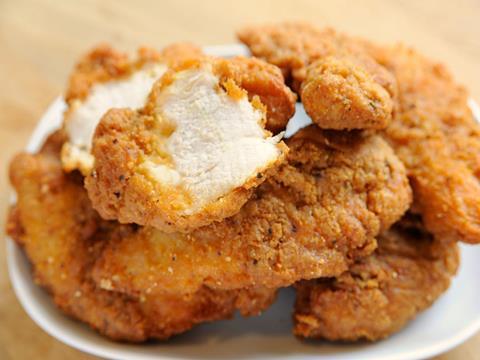 Dear Fried Chicken, I love you. Will you run away with me? As long as it’s just you, me, and a Pepsi, nothing else matters. I’ll bring some napkins and we can just…

Sorry, where was I? Oh yes, completely mesmerised by the documentary of the year, The Billion Dollar Chicken Shop (BBC1, 9pm, 18 March), which revealed all at KFC.

Well, dreary naysayers will insist fried chicken isn’t altogether good for you. I’ll stop them there for you.

Colonel Harland Sanders, who died smiling aged 90 in 1980, knew fried chicken was a fast food phenomenon waiting to happen. And so “one man’s dream” that began in 1930 left a legacy of 11 secret herbs and spices and more than 850 KFC outlets in the UK alone (it’s not enough) that fry up 700 million “gold standard” pieces every year. I swear I’m not responsible for eating all of them. It’s popular everywhere. Last year, more than 14,200 outlets worldwide delivered global sales of £16bn.

So thanks, BBC1, for a mouth-watering show. Although it did fail to solve one of the greatest KFC mysteries of all time. What’s with the dodgy chips? Plus, free-range chicken should really be on the menu in 2015. Sort it out, Colonel.