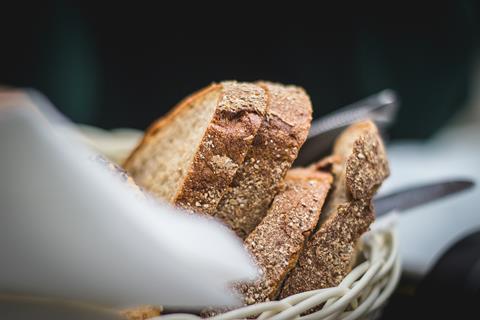 To know the colour of one’s bread was to know one’s place in life,” said one commentator.

Bread has been a staple of the human diet for as long as we have been able to control fire. A BBC4 documentary, Bread: A Loaf Affair (28 May, 10pm), looked to unwrap the history of the popular loaf and the societal implications of white bread.

The programme jumped straight to the invention of white bread. For centuries, people ate brown bread. This was tough and often inedible because it was weighed down with bits of corn-store, grit and bran baked into the crust.

Someone, somewhere - during the industrial revolution - discovered that if you sifted out some of these coarse pieces, you got a flour that could be made into white bread, which was softer and more palatable.

But the process was slow and strenuous, thus white bread became the preserve of the rich. “To know the colour of one’s bread was to know one’s place in life,” said one commentator.

The film moved through the history of how the process of making white bread was refined, from the use of water mills and windmills to the more efficient process of roller milling. This made white bread affordable and available to the masses. But almost as soon as this happened, dietary experts began to shout about the health benefits of brown bread. Wholemeal bread suddenly became the more difficult-to-make, expensive option.

Entertainingly narrated by the aptly named Tom Baker, this documentary was a little scant on detail in parts - who invented white bread, for example? - but was still an interesting look at a significant slice of food history.