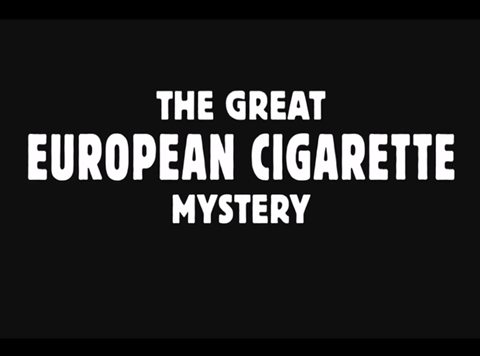 Filled with mystery, intrigue, nude photos and shady fat men in pizzerias, this quite brilliant episode of Storyville: The Great European Cigarette Mystery (BBC4, 17 July, 10pm) told the tale of John Dalli, the former EC commissioner for health. Journalists Mads Brügger and Mikael Bertelsen revealed how accusations of taking a €60m bribe from tobacco lobbyists to relax his new tobacco directive saw Dalli fired. But Dalli insisted the bribe never existed, and it was simply an excuse to fire him so tobacco could get its way. And it did. “The directive was passed through in diluted form,” he said mournfully. “I am a victim of a set-up by a tobacco company that wanted me out. Tobacco wins.”

A year later Dalli was back in touch to reveal a mystery source had emailed him to demand €3,000 for great swathes of evidence that would exonerate him. But he reckoned without the methodical, precise and committed Brügger and Bertelsen, who kept probing and gradually realised Dalli wasn’t as innocent as he said.

Another journalist from Dalli’s native Malta revealed his former nickname was ‘Johnny Cash’ for his love of a bung. Further investigations uncovered evidence Dalli was mixed up with a Bahamas-based fraudster nicknamed Ladybird. And finally it dawned on them that “Dalli must think we are idiots”. They weren’t, of course - assuming so was his big mistake.

The denouement was never going to tie up the vast number of loose ends that Brügger and Bertelsen had untangled, but no matter. Gripping TV.