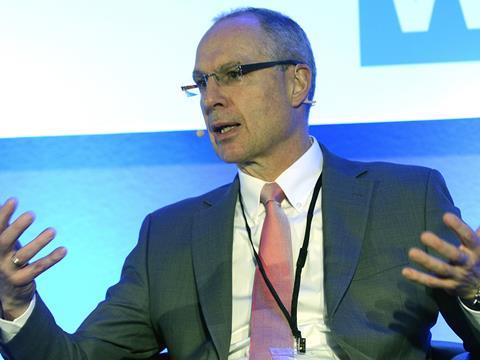 Former Aldi UK boss Paul Foley says supermarkets could “suck the oxygen right out of the discounters” if they wanted to - but suspects they will fail to act fast enough.

Foley, who was Aldi’s UK and Ireland CEO from 1999 to 2009, said this week that the discount sector could account for a quarter of grocery retail in the UK unless the traditional supermarkets fight back.

“Right now the price gap between supermarkets and discounters is about 22% in the UK, and Aldi and Lidl have got the quality offer right. If this price gap stays the same, we could expect discounter market share to reach 25%, with more players entering the market,” warned Foley, speaking at the Loyalty Conference in London this week.

He suggested that if supermarkets can close that price gap to just 17% or 18%, it could make a big difference to the shifting market share. However, if they really want to stop the discounters’ growth they must reduce the price gap to 12%, Foley claimed.

“The cuts will come slowly out of panic and stress, but probably won’t come quickly enough. You have two strong discounters that are nowhere near as strong as they will be.”

While he doesn’t expect any big changes within Aldi and Lidl during their growth phase, he says once they have 20% market share they will enter a more defensive mode, with customer service more of a focus. However, discounter loyalty cards are not an option. “Loyalty is just one way to deliver in the grocery industry and it probably is beat.

“Discounters brought in the idea that shoppers can have it and have it now,” he said. “Loyalty cards were fine when 80% of the industry was in four hands. But all that was pre-discounting. These schemes cost 1% of sales in grocery. When you’ve got new players who can earn an 18% growth margin and your 1% goes missing on loyalty schemes, is it worth it to learn more about customers? And to retrospectively discount?”

“Aldi has no need to gather shopper data. The discounter is only interested in what things it can sell billions of. Who buys it is irrelevant.”

He said supermarkets and discounters are so fundamentally different that, during his time at Aldi, the company avoided hiring people with previous retail experience, instead preferring maths and physics graduates aged 25 to 30.

“Discounting is the antithesis of general food retail. At a supermarket, all ideas come down to selling the customer more. Discounters only think about costs, asking how can we do this for less?”