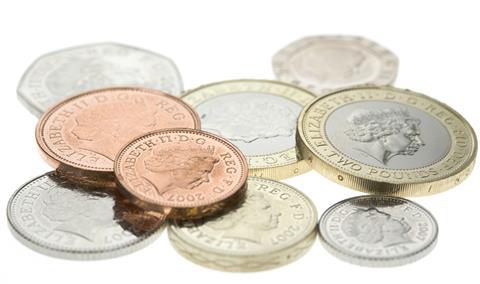 ”Whilst the scrapping of September’s planned fuel duty increase is undoubtedly positive news for SMEs, we would have liked to have seen an actual reduction in fuel duty to help keep prices down in 2015 and into 2016. Fuel is one of the biggest expenses for many SMEs and this reduction would have been a welcome boost to keep economic growth on the upward curve. We would like to see the Government hold back any planned increases over the next few years so the economy can continue to gain in strength after the recent tough economic conditions.

”The UK’s SMEs and MMEs account for approximately 70% of our overall economic activity* and they have a major impact on the Country’s economic well-being. The move to abolish the annual paper tax return by 2020 will also help to simplify tax assessment. This will benefit businesses as they will no longer have to rush to fill out end of year returns and spread the cost of tax by instalments throughout the year.”

“We are very pleased that Mr Osborne said that he had listened to the arguments by the NFU and will allow farmers to average their incomes over five years. As he mentioned in his speech, farmers are increasingly facing a volatile marketplace and this will enable them to manage the impacts of this.

“News that the annual investment allowance will be addressed in his Autumn Statement is also welcome. As he mentions, £25,000 is not an acceptable level which would encourage on-farm investment and we will await further announcements with interest.”

Daniel Torras, Managing Director of JTI in the UK

”The Government’s own figures show that tobacco smuggling has increased for the last two years, losing £2.1 billion in revenue. With a ban on smaller packs of cigarettes and rolling tobacco on the horizon, along with plain packaging, now is not the time to increase tax on tobacco which will widen the price between legitimate and illegal products.”

“This Budget has been a mixed bag for our members. We are pleased to see the government help independent retailers through alcohol duty cuts and freezes, yet with the other hand the Chancellor has increased the tobacco duty, practically encouraging the illicit market.

”Plans to increase the national minimum wage continue to be a concern to independent retailers struggling to afford the current increases. The Federation hopes that the long term review of business rates will support small businesses, enabling them to be better prepared in the years to come for this increase in employment costs.”

“We welcome today’s official announcement of a ‘radical’ review of the business rates system and we’re looking forward to working with the government throughout the process to make sure a new system is modern, sustainable and crucially - competitive.

“It’s important then to get the review process right, so that we don’t waste this great opportunity and can guarantee that we end up with a system which is better for business, better for local government and better for the communities that retailers and other rate payers serve every day.

“Improving mobile networks and digital infrastructure, bringing ultrafast broadband of at least 100 megabits per second to nearly all homes in the country are all worthy ambitions. Digital technology is increasingly playing a vital role in guaranteeing that our high streets are attractive, sustainable and can meet consumers’ ever-increasing expectations.”

“The focus on business and support for manufacturing announced in today’s Budget is to be welcomed. Contributing £81.8bn in turnover, responsible for feeding millions, and employing 400,000 across the country, food and non-alcoholic drink manufacturing is at the heart of the recovering national economy. The drop in corporation tax, promise of increased investment funding and support for British farmers will be supported by food and drink manufacturers large and small.

“The doubling of UKTI export support targeting the flourishing Chinese market is a positive move but FDF would like to see more backing for exporting food and drink companies to bring us into line with our European neighbours. Food and drink exports have continually delivered year-on-year growth, bucking the total UK exports trend, and offer huge untapped potential.

“Plans to abolish National Insurance for under 21s this April and young apprentices next April are welcome. FDF is calling on the Government to go further and extend this to adult apprenticeships which are most needed in the UK’s largest manufacturing sector – food and drink.”