As Amazon shows the might of corporations, what can SMEs do? 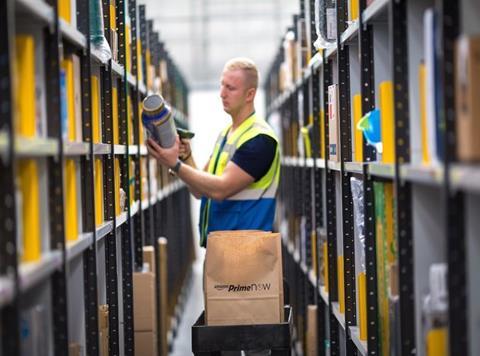 After a number of fruitless attempts by Amazon to eat into the fmcg market, it now has a way in. Whole Foods Market has relented at the £10.7bn offered by the retail giant. By year’s end, the relatively niche US chain will be subsumed by Amazon. The stock market responded accordingly - the valuations of Walmart, Sainsbury’s and Tesco all fell; the opinion is that this is just the beginning.

The rise of a monopoly is a central feature of modern, global capitalism. Coca-Cola, Google, Kraft - we’ve seen it across plenty of industries as one singular entity corners entire markets. While there is a long way to go for Amazon, this move clearly signals their intention to become the sole pillar of the grocery marketplace. This absolute realisation of free market enterprise has significant ramifications for the competition. As the CEO of an SME, this has made me pause for thought - I have long grappled with the idea of smaller companies navigating and surviving within saturated markets.

However, size isn’t everything. The personal approach, agility and culture of an SME can often take the large, cumbersome corporation by surprise. In my industry of sales and recruitment, investing in client and customer relationships is of obvious importance. A nameless employee adrift among thousands of others, faced with constantly changing, insurmountable targets, is competing with a valued executive that enjoys the support and security of a close-knit team. Who is more likely to create a productive relationship with the client they’re both vying for? The latter, of course.

An SME has the benefit of implementing a more uniform corporate vision, one that everyone feels a part of. This is something often lost in a sprawling enterprise with countless satellite offices, where colleagues neither speak to nor even see each other. Often, an SME employee can more readily see the tangible impact of their efforts. An employee’s effectiveness is a result of their value and their value is a consequence of their effectiveness.

To the small to medium business owner cowed by a massive company throwing its weight around, all is not lost. The many ways to circumvent the problems this presents are most likely already inherent within your company. There is only so much market share they can eat!