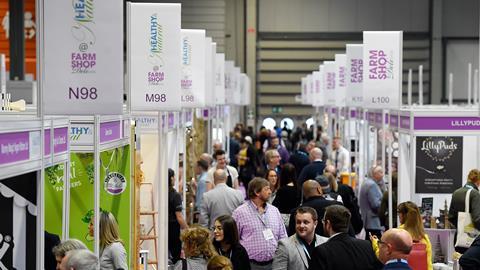 Covid restrictions, including new advice against travelling in the Birmingham area, have forced the postponement of the UK Food & Drink Shows.

Event organiser William Reed Business Media, publisher of The Grocer, said it was “devastated” at having to make the decision to postpone the shows, which had been due to take place at Birmingham’s NEC next month.

The three shows will run again from 24 to 26 April 2023 along with Foodex, The Ingredients Show and The Forecourt Show.

Despite having made extensive plans to operate the shows, WRBM had no choice but to postpone following this week’s announcement delaying the end of restrictions in England and a subsequent briefing from Westminster advising against travel in and out of Birmingham.

Birmingham city is on a government list of areas where the Delta coronavirus variant is spreading fastest, and current guidance is to minimise travel in and out of affected areas.

“We are devastated to have had to postpone the shows once again but ensuring the safety of exhibitors and visitors has always been our number one priority,” said Andrew Reed, MD for wine & exhibitions at William Reed.

The company had put “every possible measure in place” to ensure the shows could go ahead in a safe environment, he added. But that factors beyond its control had meant it could not, “in good faith”, run the shows in July.

“I want to personally thank our exhibitors, visitors and my incredible team for doing all they could to make this happen,” said Reed. “We remain committed to supporting this fantastic industry and look forward to running the shows in 2022 and 2023 at full capacity.”