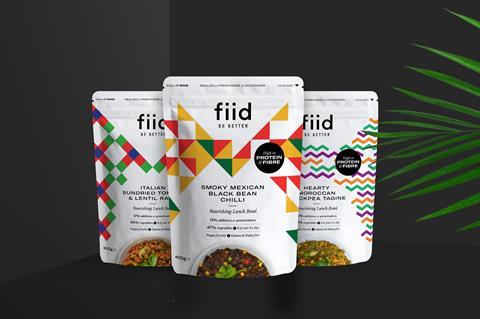 Fiid saw retail sales rise 100% in one month, wiping 60% of its stock levels

Food & drink startups experiencing strong sales increases due to the coronavirus outbreak have warned stock levels risk dropping because they were “unprepared” for such sudden growth.

While most challenger brands have been battling falling retail and foodservice sales as the hospitality sector was shut down and supermarkets prioritised “essential” commodities, some scale-ups saw the opposite effect, with loyal consumers rushing to stockpile their products.

And although they consider themselves “very fortunate”, brands have started to fear they will run out of stock much quicker than anticipated.

Shane Ryan, founder of ambient plant-based business Fiid, which saw retail sales grow 100% in a month, said the business “was definitely not prepared for the level of sales they had”.

“We saw people stockpiling our products like they were doing with canned goods and toilet paper, which is wonderful but as a very small startup we do not carry a huge amount of stock as we can’t afford to have cash tied up,” he added.

In March, 60% of Fiid stock was wiped out through sales, Ryan said.

He continued: “This is a really positive problem to have, but it presented a challenge in that we now have to rush production or, if our sales levels continue along this trend, we’ll be out of stock in three to four weeks.”

He added ramping up production brought along further cashflow issues, common among small suppliers who do not have enough capital to pay for upfront manufacturing costs.

Founder Arun Kapil said: “We were in a very fortunate position but now filling the pipeline is a concern. What we thought was eight months’ stock has turned out to be – on a good day – eight weeks.”