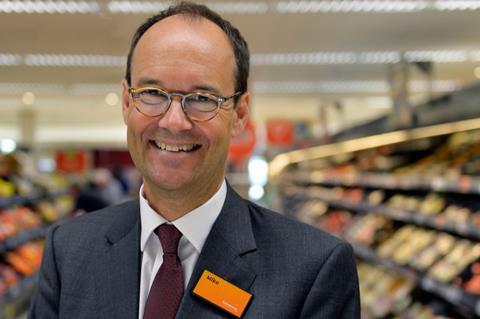 Sainsbury’s CEO Mike Coupe has announced he will be leaving the retailer in May after six years at the helm (The Financial Times £). Simon Roberts, the company’s retail and operations director, will replace Coupe in June, having joined Sainsbury’s in 2017 after 13 years at Boots (The Telegraph).

Coupe had been forced to face questions about his future with the retailer since April, following the failure of Sainsbury’s planned merged with Asda for £7.3bn, which he had orchestrated (The Guardian).

The management change comes just four months after Coupe had announced a new strategy to cut costs by £500m following the failed merger and increasing pressure from the discounters (The Times £). Just Tuesday, Sainsbury’s had said it would cut hundreds of management jobs, blaming the continued integration of Argos, bought in 2016, for the decision (Sky News).

Coupe is in line for a payout of almost £4m for his work at the grocer this year, assuming certain targets are met (The Telegraph).

The Telegraph responded with another harsh comment piece describing the “botched” Asda merger as Coupe’s legacy from his time at Sainsbury’s. As chairman Martin Scicluna describes Coupe as an “exceptional chief executive”, who has been “bold and ambitious”, the newspaper responds stating that there is “ambition and then there is delusion”. “All the spin in the world won’t repair the damage to Coupe’s reputation from the aborted talks with Asda,” the article continues.

The Guardian’s opinion piece is a little more forgiving, arguing this is the perfect timing for Coupe to leave Sainsbury’s. ”Reinvigoration tends to be easier under a new boss,” the article claims and the failed Asda merger left Sainsbury’s badly in need of reinvigoration.

The Government climate advisor has called for an overhaul of UK agriculture to reach the target of net zero emissions 2050. New policies including tree planting, encouraging low-carbon farming and reducing food waste were defined as crucial to reach the objective (The Financial Times £).

Almost 60k retail jobs were lost last year according to data from the BRC, with employment in the sector falling for the 16th consecutive quarter. The BRC put the blame on the transformation of the industry and issues such as Brexit uncertainty and the election (Sky News).

The Financial Times (£) dove into the world of lab-grown meat in an opinion piece which asks: “Can you swallow the idea of lab-grown meat?”. After interviewing a British entrepreneur looking to disrupt the traditional idea of meat at the helm of start-up Artemys, the newspaper argues that, though many people are still uncertain about the idea of lab-grown meat, our attitudes towards food are fast-changing. Plant-based alternatives such as Beyond Meat and Impossible Foods are already making food less “natural”, argues the FT, yet they have seen their sales rocket in the past year.

Wetherspoon boss Tim Martin has renewed his spat against “complacent” City shareholders forcing companies to follow rules they are the first one breaking – such as the 9 year limit preventing non-executives from staying on a board so long as to lose independence (The Telegraph).