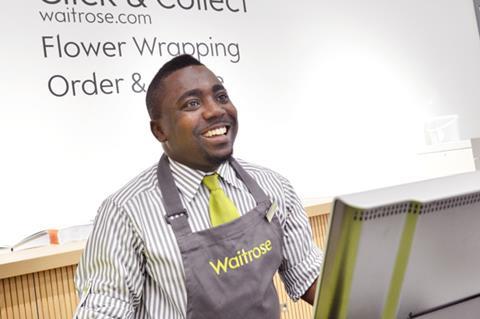 Waitrose has pledged to reverse a policy where workers self-isolating because of their family had to recover lost hours at a later date, amid concerns workers who should have been self-isolating would still go to work (BBC).

High street banks have blamed the government for delays in the coronavirus loan scheme preventing hundreds of small businesses from accessing funds quickly. Several banks identified the British Business Bank as a bottleneck, citing a lack of resources and cumbersome processes as they prepare to meet Chancellor Rishi Sunak this week to discuss the scheme (The Times £).

Gluten-free pizza maker White Rabbit Pizza, stocked by Waitrose, Sainsbury’s and the Co-op, has benefited from a surge in demand during lockdown but warned it encountered difficulties raising new investment and has put on hold a planned £150k fundraise (The Telegraph).

Uber is directing its drivers to jobs at other companies during the lockdown. In the US, the app will start posting job openings for roles at Domino’s Pizza and McDonald’s among others through a “work hub” on its app. In the UK, Uber has encouraged drivers to sign up for delivery driver openings at Ocado (The Telegraph).

Scottish fruit farmers have solved a recruitment crisis that could have resulted in this year’s harvest of strawberries, blueberries and raspberries being destroyed. (The Guardian)

A British Airways pilot has switched the cockpit for the delivery van as he started working as a delivery driver for Tesco during the lockdown (Sky News).

Department store chain Debenhams is set to enter an insolvency process for the third time in a year in hopes to avoid legal action by creditors to liquidate the business (The Financial Times £). The retailer has filed a notice of intent to appoint administrators, in a move it said will allow the company to continue trading after the crisis (The Telegraph). The retailer’s creditors are now prevented from pursuing legal action for 10 working days in which Debenhams will try to secure a new rescue deal (The Guardian, Sky News).