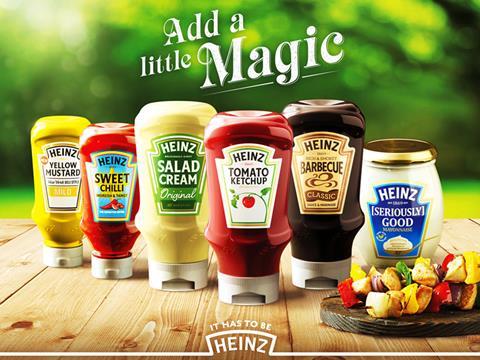 Kraft Heinz has been forced to restate almost three years of accounts after it uncovered evidence of “misconduct” in its procurement operations. More than $180m in adjustments would be needed to fix errors in previously issued accounts for 2016, 2017 and the first three quarters of last year. (The Financial Times £).

The world’s fifth-largest food and drinks company also said it had received another subpoena from the US Securities and Exchange Commission linked with goodwill and intangible asset impairments including documents related to procurement. Company executives insisted the financial errors did not amount to “a quantitatively material misstatement”. (The Times £)

“Heinz Kraft to restate years of accounts after unearthing employee “misconduct” (The Daily Telegraph). Kraft Heinz said it had taken action against staff members, and had made improvements to its internal controls (The Mail). The findings mean the company will not be able to timely file its quarterly report for the period ended 30 March (Reuters).

Kraft Heinz is in disupte with German supermarket chain Edeka after the US company stopped deliveries to the 11,000 stores when the grocer rejected a “disproportionately large” 39% price increase on its new 25% larger bottle. Edeka is sending a message to the big brands that retailers with enough muscle are no longer prepared to put up with price increased they believe to be unwarranted. (The Times £)

Anheuser-Busch InBev has confirmed a plan for an IPO of its Asian unit (Bloomberg). It reported earnings up 8.2% on an adjusted basis before interest, taxes, depreciation and amortization to €4.99bn in the first quarter. Analysts expected 8.6% growth. The inancial Times (£) reports that the company said that whether the share sale would be completed on the Hong Kong stock exchange later this year would depend on the valuation and market condition.

Barclays and HSBC has angered fellow Patisserie Valerie creditors owed millions of pounds by blocking the creation of a committee of creditors to Stonebeach, the business that operated the chain (The Times £). Brakes is among businesses that are owed more than £5m. The Daily Telegraph says creditors are set to pick a new administrator in the coming days who will explore if there is any possibility of legal action against Grant Thornton.

Selfridges is poised to announce that the nearly 300 products in its Selfridges Selection range on sale in its food halls – including chocolates and biscuits – are free of palm oil, along with its own-label cakes and mince pies for Christmas this year, making it the first major UK retailer to make its own-brand foods completely fee of palm oil – nine months ahead of its original target. (The Guardian).

Richard Walker, managing director of Iceland Foods, writes in The Sun that MPs need to leave their “Brexit obsession” aside and focus on climate change. He says failure to tackle the crisis will affect us for ever. “I’m sure that the Environment Bill has scope for improvement — notably by ensuring that the proposed new Office for Environmental Protection has real teeth,” he writes. “It needs to actually be both independent and able to act as a watchdog. It needs to be accountable to Parliament rather than the government of the day, and have the power to issue fines where these are needed to drive change.”

Channel 4’s Super Shoppers programme has found farmers are feeding their hens maize and paprika to make egg yolks a more “sunny” and “golden” colour and charging shoppers nearly twice as much into the bargain for the Happy Eggs (The Daily Telegraph). Noble Foods, which owns Happy Eggs, said the company believed it was the first to achieve the dark golden colour through natural additions to its hens’ diets.

Seven M&S stores were scheduled to shut for good on Saturday across England and Wales as part of the group’s wider closure programme of 100 stores (BBC). The broadcaster visits the Midland Road store in Bedford, which is closing, and a new breed of store in Rushden Lakes, which the company sees as the future.

Struggling US discount grocer Save-A-Lot is seeking a buyer or investor as it grapples with increased competition and a swelling debt load, says (Reuters). It will consider options for reducing its deb pile if a deal cannot be struck.

A feared shortage of pickers at the end of the strawberry season poses a threat to this year’s bumper crop, reports (The Guardian).

Tyson Foods has warned that African Swine Fever sweeping across eastern Asia could hit food supplies across the world (Financial Times £). It issued the alert on the announcement of $1.20 adjusted earnings, down 6% from the same quarter a year before. Revenue of $10.44bn beat estimates.

Chinese start-up Luckin Coffee plans to raise up to $510m in an IPO as it looks to battle Starbucks in its native market (Financial Times £). The brand is banking on an increase in coffee consumption in China which has almost doubled to 8.7bn cups last year from 4.4bn in 2013 and is expected to further rise to 15.5bn cups by 2023, according to a report cited by Luckin in its prospectus, says (Reuters).