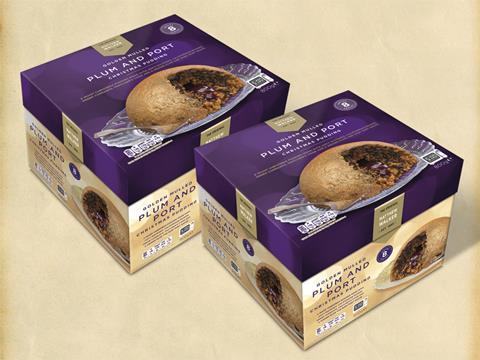 2 Sisters Food Group is seeking a buyer for its Matthew Walker Christmas puddings maker, according to Sky News. Stamford Partners is believed to have been appointed to handle the sale process which industry source say could fetch about £80m.

Separate data from Barclaycard shows consumer spending rose 2.5% in April compared with April 2018 (The Financial Times £ ). “Essential” spending climbed 6.2% boosted by strong showings from supermarkets and petrol stations (The Daily Mail). The Barclaycard report says consumers will remain cautious, with six in 10 expecting no change to spending plans in May (Bloomberg). “Britons recover their appetite for food and drink” (Reuters).

Chinese coffee start-up Luckin Coffee’s listing in the US on 17 May could see it raise $510m – one of the biggest listings by a mainland company in the US this year. The Financial Times (£) asks “five key questions” ahead of the initial public offering including how its battle with Starbucks will play out, what the company is worth and what its prospects are.

The Confederation of British Industry has warned that the business rates system is “entrenching regional unfairness”, reports The BBC. John Allan, head of the business lobby group said the government should live up to its manifesto pledge and review the “broken” system.

Tesco, Argos and Amazon have been breaking the law by selling knives to 16s without making proper ID checks, The BBC has found. London Trading Standards suggested “a more systematic issue” with Tesco because knives were purchased in four different stores in the BBC Watchdog probe.

Dallas-based Dean Foods, the company behind TruMoo and Berkley Farms, announced net sales fell 9.3% in the first three months of the year compared with the same period a year ago to $1.8bn. Net loss widened to $61.6m compared with a loss of $265,000 in the same quarter last year. (The Financial Times £)

Vectura Group has won a legal victory against GlaxoSmithKline in a financial boost potential worth tens of millions of pounds. (The Times £).