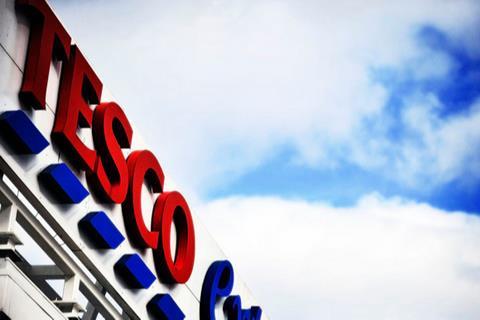 Tesco has decided to go ahead with a larger than expected dividend payment, despite many rival companies having suspended dividends due to the coronavirus outbreak. CEO Dave Lewis said the payment reflected the grocer’s performance, which in 2019 saw it complete its turnaround and bank £1.3bn in profits (The Financial Times £). Tesco decided to pay a £900m dividend despite benefiting from an emergency tax break, as the government gives retailers a business rates holiday (The Telegraph).

Labour peer Andrew Adonis tweeted that if Tesco could afford to pay a big dividend to shareholders, it should “pay back” the £585m granted by the government in business rates holiday (The Guardian). Tesco however, warned it could take a hit of up to £925m due to the coronavirus, due to increases in payroll, distribution and store expenses (Sky News).

Meanwhile, The Guardian argues Rishi Sunak should take part of the blame over Tesco’s dividend anger, as there was no need to include supermarkets in the business rates holiday seeing how business is booming (The Guardian).

Another opinion piece by The Guardian praises the government’s financial aid measures but again argues there was no need to include supermarkets who are benefiting from a jump in sales and are the only retailers allowed to trade in lockdown. “Government should not lose sight of the need for its policies to be seen to be fair. A good start would be to avoid handing out significant amounts of money to companies that simply don’t need the cash.” (The Guardian).

The Times commented: “Britain’s biggest supermarket chain has broken one unwritten rule of this crisis: that companies that take government support don’t then turn on the gushers for investors.” (The Times £).

Morrisons is offering groceries in 30 minutes after teaming up with Deliveroo. The service will be rolled-out to 130 stores, covering one-in-four households with shoppers allowed to purchase from a list of 70 items, such as chopped tomatoes, onions, bread and chicken breasts (The Times £).

Irn-Bru maker AG Barr has cancelled its dividend after reporting disappointing sales, with revenues down 8.4% to £255.7m in the year to January 25 (The Times).

As the hospitality sector suffers after forced closures due to the coronavirus lockdown, The Telegraph argues those businesses failing under the current circumstances were “doomed anyway”. The newspaper wrote: “in truth there is a groundswell of restaurants in Britain that have been living on borrowed time before this pandemic hit. Covid-19 is quite simply the proverbial straw that has broken the camel’s back” (The Telegraph).

Record numbers of people in the UK are looking to apply for farming jobs, according to figures released by job search engines. This will help the industry cope with lack of seasonal workers coming in from European countries, a problem they already faced due to Brexit and now worsened by the coronavirus outbreak. However, industry figures warned more workers will be needed than those who applied (BBC).

McDonald’s sales fell less than 4% in the first three months of the year as 99% of its US stores remain open. The chain took a big hit in its international business in March, having shut stores in Italy, France, the UK and Spain (BBC).