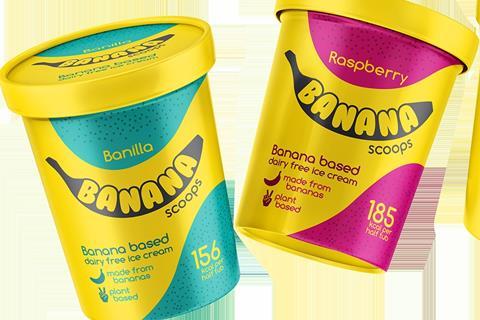 Banana Scoops launched in Ocado, Planet Organic and As Nature Intended during the pandemic

One in seven SME owners have been forced to rely on personal savings to keep their businesses afloat after failing to qualify for any government support.

Research from Nucleus Commercial Finance, based on figures collected from more than 500 SME senior decision-makers, showed that 14% of founders had been forced to use personal savings to provide “immediate financial support” to their business, despite the options put in place by the government such as the Coronavirus Business Interruption Loan Scheme (CBILS), Bounce Back Loans and Future Fund.

The research also found that only a quarter of SMEs had enough cash in the bank to survive the crisis, with two-fifths having either applied or considered seeking additional financial support.

Jess Salamanca, founder of banana-based ice cream startup Banana Scoops, was forced to reach into her pocket to support her newly launched brand – which gained listings with Ocado, Planet Organic and As Nature Intended during the pandemic.

Due to not being revenue-generating prior to the crisis, Banana Scoops did not qualify for either CBILS or the Bounce Back Loan scheme. Not having yet raised any equity financing meant it could not access the Future Fund scheme.

Salamanca, who quit her full-time job less than a year ago to have additional time to dedicate to her business, also failed to qualify for any self-employed aid as she had been freelancing for fewer than 12 months.

“The government’s schemes require you to have a certain amount of turnover and because we are such a new brand and we have just launched we are not eligible for any of them, which is quite frustrating,” she said.

“The government is helping the vast majority of people, but I am not one of them. I am not eligible for any self-employed help, the business is ineligible for any help so all the savings I put together for the past two, three years are now being split between paying rent and the business.”

Unless things started stabilising as the UK eased out of lockdown, Salamanca admitted she wouldn’t be able to go on for “very long”, and said she was considering a potential crowdfunding round.

The government’s CBILS and Bounce Back Loans have received harsh criticism in the past for letting small businesses “slip through the cracks” of the available support amid rigid eligibility criteria and delays in delivering the funding.

The Future Fund also came under fire for failing to provide meaningful help in terms of equity-based funding, with recently released figures showing only one in 10 applications had been approved since the scheme launched on 20 May.