'Trader' Rowe to replace Bolland at M&S: what the analysts say 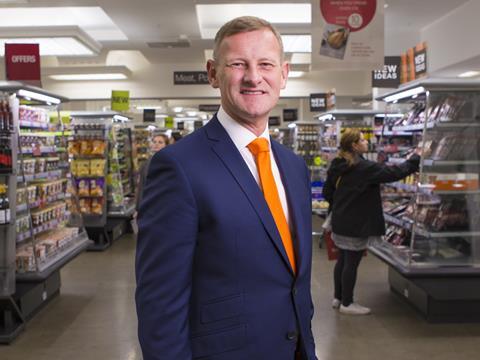 M&S announced this morning that Marc Bolland would be stepping down in April, to be replaced by Steve Rowe. Here’s what industry experts have to say about the dramatic announcement.

“The man chosen to succeed Marc Bolland is well-respected within the business and can rightly take the plaudits for delivering 12 successive quarters of growth as head of M&S’s food operation,” says John Ibbotson of Retail Vision.

“But Steve Rowe now faces a far tougher challenge as CEO of what has become a truly schizophrenic empire. While the food operation’s distinctive positioning means its prospects are good, M&S’s clothing business has become a complete also-ran.

“Solving the puzzle of a business with two divisions heading in opposite directions eluded his predecessor. And it’s unlikely he will be given long to find a solution.”

“Our feeling is that no-one knows M&S better than him and we have no concerns from an operational point of view,” says Tony Shiret of Haitong Research. “Relative to other internal candidates this is probably the best out-turn and the record of bringing in external candidates in retail is mixed. We consider him similar in overall qualities to Michael Sharp at Debenhams, being a known quantity operationally but unproven at the highest level. So there is risk in this appointment and we would expect that guidance from the CFO Helen Weir will be crucial for how the team in total delivers.

“We expect a more balanced strategy of sales growth and margin growth to develop in General Merchandise following this change.”

”There is also a lot we still like about M&S, a tribute to Mr. Bolland’s work. The business has finally migrated to be a more creditable multi-channel player, although like most retailers this challenges margins, whilst there is much to be proud about in the Food business; where Steve Rowe alongside Mr. Bolland and Andy Adcock has had a materially beneficial input it should be said.”

Kate Calvert of Investec has encouraging words for Rowe, ”who is known by the market and currently Head of General Merchandise. He has significant experience across the whole business having also run the Food division and store operations historically and his appointment is likely to be well received in our view.”

Louise Cooper at CooperCity writes “it is interesting that MKS board has not chosen an outsider but someone who knows the business well and has also gone through the repaid changes in technology and modernisation of the last years. I think that is a good decision. MKS cannot wait for a external CEO to get up to speed. An outsider at Tesco isn’t exactly doing brilliantly (we find out their trading performance in a couple of weeks).

“A fresh pair of hands should appease grumpy shareholders. The MKS turnaround has been slow and bumpy so far. Investors will be hoping that Steve Rowe will accelerate the recovery.”

Despite the margins, the slump in merchandise sales would have led to calls for Marc Bolland to go,” says David Stoddart of Edison Investment Research.

”Bolland’s replacement, Steve Rowe, has headed general merchandise for the past six months but previously led the successful food business. Rowe’s challenge is to improve general merchandise performance. The food division saw sales growth accelerate to 3.7% (0.4% LFL) in Q3. Growth in the online business slowed to 20.9%. Yes, the Q3 weather was unhelpful and footfall was down. Some sales weakness was inevitable. However, as we learned on Tuesday, the other high street fashion bellwether, Next, once again performed better.”

”Some may say that Marc Bolland’s departure is overdue,” says James McGregor of Retail Remedy, ”but there is no taking away from him the remarkable Christmas delivered by the food category.

”Marks and Spencer food delivering + 5% like for like, is testimony to its quality and in store excellence. Marc Bolland’s successor Steve Rowe must now do what has eluded Bolland for so long and translate that winning formula into general merchandise.

“Marks and Spencer general merchandise sales suffered from poor availability but also from lower demand due to the unseasonably warm weather. Something doesn’t quite add up there. Wrong stock, wrong place, wrong time?”