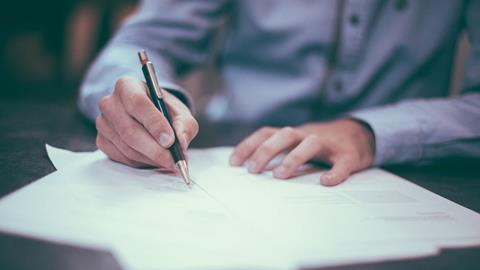 What you may have missed part II: Grocery’s city news over Christmas

It’s normally quite quiet on the City front over Christmas, as everyone either keeps their heads down and focuses on trade, or takes a much deserved break. But in a sign of these strange times, the Christmas ‘break’ has been quite a hive of activity.

The convenience sector was particularly busy.

Late on Friday 18 December Bestway announced plans to acquire Costcutter, a deal that’s been mooted for years. It’s an intriguing prospect, particularly since it’s not a supply deal, with Costcutter’s contract with the Co-op actually extended till 2026, buying Bestway more time to figure out how to up its delivered supply game, while getting its mitts on Costcutter’s EPOS systems for its existing retailers.

One thing is for sure: with 3,795 UK stores, Bestway will be the UK’s largest privately owned convenience retailer – quite a change of strategy when you consider that prior to the acquisition of Conviviality in 2017 it was a pure-play wholesaler. And who knows: perhaps it will do a further deal with the Co-op in the future to extend the Co-op’s delivered supply?

No less intriguing, just four days later, Applegreen agreed a deal, backed by private equity giant Blackstone, to take the forecourt and motorway services operator back into private hand via an MBO.

Announced on 22 December, the Applegreen board has agreed a deal offering shareholders €5.75 a share, valuing issued share capital of Applegreen at approximately €718.1m. That’s a big premium on the price earlier in 2020, when it slumped to a low of €1.78, and represents a premium of 48% to Applegreen’s closing share price of €3.88 on 9 December 2020 before news of the potential offer was first released.

But teaming up with Blackstone Infrastructure Partners, Applegreen’s founders, Robert Etchingham and Joseph Barrett, will now take full control of a business they believe is undervalued given the significant growth it’s achieved since it floated in 2015. Today it has 560 forecourts in its native Ireland, in the UK and the US, employs over 11,000 people and is the majority owner of motorway services operator Welcome Break.

After Christmas there was further M&A news, this time on the online front, with The Hut Group announcing an acquisitions spree, striking three separate deals following its £4.5bn IPO last September.

The online retailer and producer of cosmetics and sports nutrition products agreed to acquire Dermstore.com, a US pure-play online retailer of prestige skincare and specialty beauty brands for $350m in cash from US retailer Target. Meanwhile it also agreed to acquire two of its long-standing UK-based nutrition product suppliers, Claremont Ingredients and David Berryman for a combined purchase price of £59.5m payable in cash.

The deal, for an undisclosed sum, will see IAG – which employs 265 people at its HQ in Gateshead – join Valeo’s snacking division alongside Kettle. Valeo also owns the likes of Rowse Honey, Jacob’s, Refreshers, Black Jacks and Sherbet Dip Dab, and is a distributor for Lavazza, Old El Paso, Nature Valley among others.

IAG had “grown impressively since it was founded in 2012 by Calum Ryder, current MD, expanding its significant private-label and branded product range beyond its flagship tortilla snacks to include rice cakes, popped chips and flat breads,” said Valeo.

The Grocer reported that advisors were working to secure a sale earlier in December, with a City source at the time saying the company was “run brilliantly and well invested, making the best product in the market” and had significant potential to scale up under a new owner.

Finally Baxters Food Group has acquired Truitt Bros, a US based leading contract manufacturer of shelf-stable, thermally processed foods for an undisclosed sum.

The move will enable Baxters to diversity further away from canning, and further into own-label as Truitts works with a number of food manufacturers. Audrey Baxter, executive chairman and CEO of Baxters praised Truitt’s record as an industry innovator, “providing high quality customised products to a wide variety of food companies across the US. “The acquisition is a vital part of our US and global growth strategy and offers us the opportunity to capitalise on our existing US business.”

Truitt Bros operates from two sites, Salem, Oregon, its HQ, and East Bernstadt, Kentucky and has over 500 employees.