Critical Eye: the fishing industry in all its noble glory in The Catch 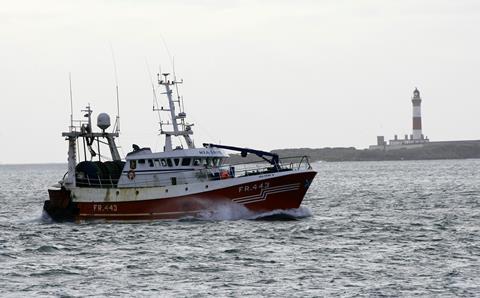 Fishermen demand respect. The long hours, the forced intimacy, the seasickness, the unpredictable income, the relentless stench of fish. And the very real danger.

“It’s the most dangerous job in the world,” said one nervous wife. And even if the film A Perfect Storm has raised expectations of the level of danger a fisherman can expect on a trip out to sea (a clue is in the title if you haven’t seen it), The Catch (C4, 9pm, 7 September) still showed off the industry in all its noble glory.

There was tension and pathos as scenes of “gambling everyone’s wages” by burning precious fuel on the hunt for fish were juxtaposed with the fishermen’s families larking around the cosy kitchen table at home. And there was skipper Drew, whose livelihood was a rustbucket called the Van Dijck. He pleaded over the phone with a mechanic for an MOT on tick. “Just one more trip,” his crew overheard him promise. “Then I can pay you…”

The show gathered thoughts from a host of weatherbeaten faces. “I question my sanity sometimes,” murmured one. “We are the last of the hunters,” declared another. And, “The worst injury I’ve seen? Death.”

A nervous rookie preparing for his maiden voyage looked green around the gills. “I’m scared,” he said. “I just hope we catch something,” said a saltier sea dog.

Eventually the Van Dijck came a cropper when it’s fishing gear, worth £10,000, snapped off the boat and sank. Drew searched hard using sonar to find it at the bottom of the sea. Remarkably, he did. It wasn’t a fish. But it was the catch of the day, no question.