Bushfires and coronavirus set to push up Easter lamb prices 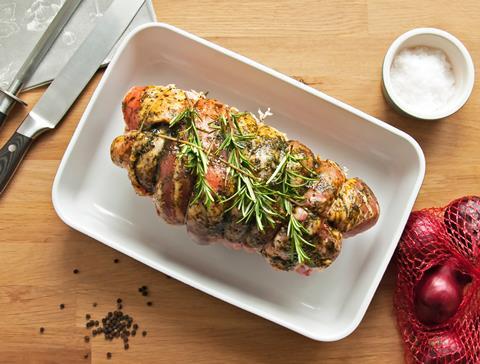 Political uncertainty and global disasters such as coronavirus and the Australian bushfires are causing significant volatility in lamb markets ahead of Easter.

GB deadweight lamb prices hit £5.23/kg in February, according to the AHDB, compared with a five-year average of £4.23/kg for the time of year.

“Farmers were quite happy to send their animals [to abattoirs] whereas normally they might have held them over the new year,” he adds, leaving a subsequent deficit in supplies for the first half of 2020.

Global lamb supplies are also under pressure after bushfires ravaged Australia earlier this year. The fires have now finally been contained, but it will take some time for the affected areas to recover.

It is unclear how many animals farmers have lost, but AHDB estimates more than a quarter of the country’s sheep were kept in areas hit by the fires.

Even if few Australian sheep have been lost, damage to infrastructure could still hit the country’s lamb supplies, says Wyatt. “It might not be so much about losing sheep and more to do with actually getting them to the processing facilities.”

The UK doesn’t import much lamb from Australia, but the shortages are hitting supplies from New Zealand as it rushes to fill other global markets left open by its neighbour’s shortfalls, he adds.

However, the coronavirus could push lamb prices down this spring. China has grown to be one of the biggest importers of meat in recent years as a result of African swine fever and a surging middle class. But with coronavirus now causing restaurants and supermarkets in the country to close, demand is expected to fall.