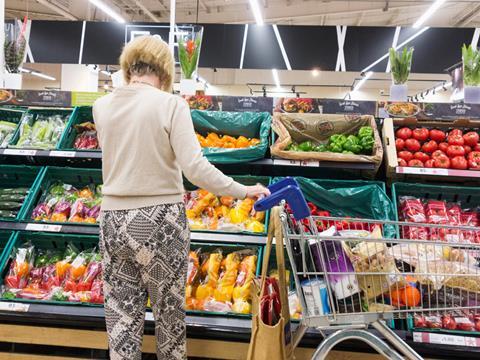 As health experts issue fresh warnings over childhood obesity levels, research by The Grocer suggests families are having to fork out more to put fresh fruit and veg on their plates.

It comes as British growers warn they are still feeling the impact from the Beast from the East, with cold weather and heavy rainfall hampering UK carrot production in particular. Shortages mean UK wholesale carrot prices have surged by 20p per kg to an average of 52p per kg since late February [Defra].

Growers elsewhere in Europe and further afield have also faced challenging weather conditions over the past 12 months, leading to some disruptions in supply chains.

However, while supermarkets might be facing “some supply issues”, recent price increases in the fresh produce aisles are more likely the result of mounting cost pressures for both growers and retailers, says British Growers Association CEO Jack Ward. The national living wage rose from £7.50 to £7.83 in April, with British growers also facing labour shortages that are “getting more and more difficult almost by the month”, he warns.

The dramatic drop in the value of the pound is also affecting profitability. “Everything imported is getting more expensive because of the exchange rate differential,” Ward adds.

Higher supermarket prices haven’t necessarily translated to higher prices for British growers, who are still feeling the pressure as a result of “very intense competition” in the retail sector, Ward says.