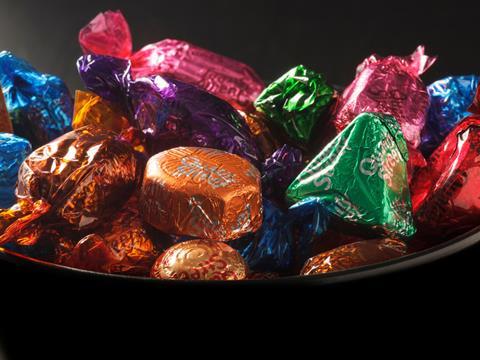 The annual national obsession with the price of festive chocolates kicked off this week with a Which? report on the best time to start buying Christmas tins. After a year of Brexit-led inflation, shoppers are likely to be more interested than ever in whether prices are rising or quantities shrinking. So what is really happening in the mults?

Our research shows average prices for chocolate have actually dipped by 4% year on year across 944 SKUs, but there have been some price hikes on popular gift boxes, sharing cartons and stocking fillers [Brand View 52 w/e 22 November 2017].

A Nestlé Smarties Giant Pink Tube is also more expensive after Waitrose hiked its price from £1 to £1.38. Tesco, Asda, Morrisons and Sainsbury’s are all selling it for £1.

Meanwhile, a family-sized tub of Mars Celebrations is now 8% more expensive on average after some supermarkets switched to smaller sized tubs without cutting prices. Morrisons, for example, has replaced last year’s 750g tub with a 680g SKU, while keeping the price the same at £4.72. Tesco, meanwhile, is selling a 680g tub of Celebrations for £5, while this time last year it was selling a 750g tub for £4.

Sainsbury’s has kept its price for Celebrations the same as last year, at £5 for a 680g tub, while Asda has introduced the 680g tub this year and is currently selling it at £4 on offer.

Prices for a 265g carton of Quality Street are also up by 10.5% at £2.10 on average. In Sainsbury’s it is £3 compared to a £2 promotional price last year, while the other supermarkets have kept shelf prices for the SKU the same - with Tesco selling it for £1.50 and Asda, Morrisons and Waitrose for £2.

Meanwhile, a 240g carton of Ferrero Rafaello is also now 2.6% more expensive than last year at £4.94 on average. Tesco has increased its price from £4.50 last year to £5, while Sainsbury’s has hiked it from £4 to £5. Morrisons and Asda are still selling it for £5.