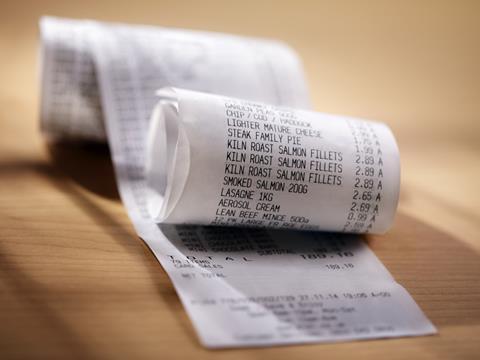 Fmcg companies face a ‘perfect storm’ of cost pressures, which is causing increasing headaches in c-suites. Elevated Covid costs from 2020 are not receding as quickly as expected given new restrictions in parts of Europe and Asia. Yet seismic changes in how consumers are shopping, particularly the boom in e-commerce, has meant fmcg spend on digital and data analytics is spiraling in an attempt to keep up with this unprecedented channel shift.

After a decade of commodity deflation, pricing growth has understandably been muted. Mix or premiumisation has become a bigger driver of growth than pricing or even volume. Some management teams had even gone as far as to say pricing is dead and mix is ‘the new price’ ­– it is much easier to launch new ‘premium’ products with higher prices than to ask retailers for list price increases on existing SKUs.

However, according to Barclays’ economists, over the past six months we have seen the biggest quarterly jump in inflation for more than a decade, with some commodity prices up 50%. Hedging can delay the impact but can’t stop it. What started off as localised hotspots of inflation have quickly developed into broad-based pressure across ingredients, energy, and packaging baskets.

The reasons for this spike in input costs are complex. A big factor is the weakness of the US dollar, given most commodities are priced in dollars and a lower dollar drives demand. This has been coupled with droughts in parts of South America and record demand from China for corn and soybeans for hog feed, as it recovers from African swine fever. The current pinch points are in soy, grains, and pulp, but other commodities like coffee are likely to move into the spotlight – US coffee inventories are at six-year lows and the market could move into deficit due to droughts in Brazil.

A number of other factors are exacerbating the situation: Firstly, logistics costs are at record levels due to freight and container prices, which have doubled due to strong Chinese exports. Secondly, there are general expectations that we will see a strong GDP rebound, as vaccinations scale up and mobility increases. Thirdly, we are seeing significant demand for sustainable raw materials, such as recycled food grade plastics, as companies aim to deliver on their net zero carbon promises. Adding to this picture are the current ultra-low interest rates and record Central Bank monetary stimulus  –  clearly, there is plenty of fuel for the commodities rally.

Given the scale of the cost headwind, companies will need to use all levers at their disposal to address this problem. We doubt whether revenue management and cost savings alone will be sufficient to offset the quantum of this challenge, so it’s likely price increases will be needed.

Investors are concerned whether the sector really has the pricing power necessary to offset steep inflation and whether we could see more companies cautioning on profits, as did General Mills recently. In the main, we do think the sector has the ability to push through pricing but there is always a time lag before it becomes visible.

When inflation is so broad based, it is actually easier to pass it on because retailers and competitors all face similar pressures. For example, Kimberly Clark announced it will take mid to high single-digit price increases in the US and Canada. However, getting pricing through in Europe is always more difficult and we expect retailer/supplier price negotiations to be more tense than normal.

In February, Unilever said it expects mid to high single-digit inflation in H1-21, with CEO Alan Jope saying the company would need to be on top of its pricing game. Other companies, such as P&G, have sounded more sanguine about the situation, pointing out it is easier to pass pricing on when the strategy is based on product superiority that consumers want, whilst at the same time driving shelf velocity for retailers.

One of the big consequences from rising pricing for basic foods such as bread is the impact it will have on emerging markets. Not only will it crimp spend in other categories, it also has the potential to spark social unrest if governments are slow to react.