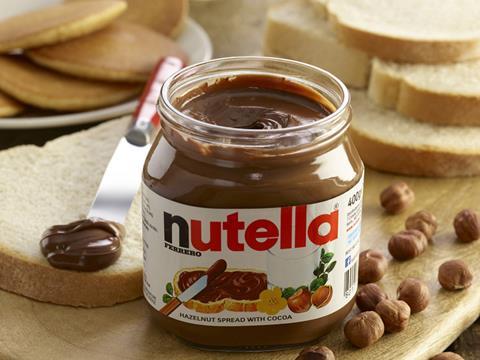 As Ferrero faces a backlash over Nutella’s “secret” recipe change, Brits are facing higher prices for the spread in major supermarkets.

The hikes come despite a significant drop in the cost of importing key ingredient hazelnuts this year following a good crop in Turkey. “Last October, hazelnuts were trading around £7.50 to £7.70 per kilo while this year it is at £4.90/kg (grade A: raw, boxed, in shell, 13mm-15mm),” said Adam Johnston, a trader at Freeworld Trading.

However, Ferrero said it was facing a “variety of input pressures” across its portfolio. “We are addressing these challenges with our retail partners,” said  a spokeswoman.

Ferrero was already facing a backlash this week after the Hamburg Consumer Protection Centre spotted a change to the Nutella recipe. The group published ‘before  and after’ images of ingredients labels on German jars on Facebook and claimed the new version was higher in sugar.

The Ferrero spokeswoman admitted the recipe had been tweaked, but insisted the content of hazelnuts, cocoa, sugar and palm oil remained unchanged. “The fine-tuning consists of substituting whey powder with an equivalent quantity (2.1g/100g total product) of milk powder (from 6.6% to 8.7% of total product). This enables us to improve the overall quality of the milk content and to ensure a better consistency of our unique taste over time.”