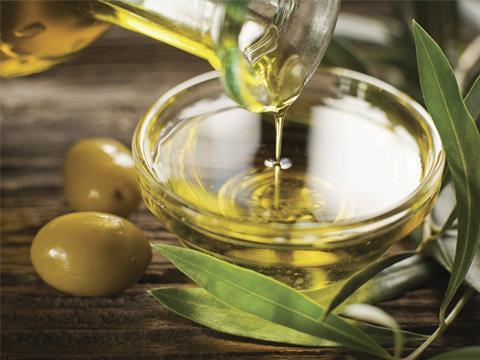 Trade prices in top four producers Spain, Italy, Greece and Tunisia have been rising throughout 2014 and 2015, with extra virgin olive oil (EVOO) at a 10-year high in largest exporter Italy. Prices are increasing daily, say buyers, and fears are rising of a shortfall. The impact of supply issues is being felt in store and the average price of a litre of EVOO is now £5.30, up 9.5% on January, according to Nielsen data.

“The cost of raw material started to increase in June 2014 and there is always a lag between raw material and shelf price changes,” said one supplier. He added retailers had accepted some increase in the price paid for own-label and branded oil earlier in the year, and that he expected retail prices to continue to rise.

“The major retailers are not going to accept continual erosion to their olive oil margins; there will inevitably be an attempt to recover lost contribution,” he added.

Until now, said one industry insider, prices had been kept in check to a degree by Aldi and Lidl selling 750ml bottles of own-label EVOO for £1.99. Kantar data that, unlike Nielsen, includes the discounters, shows retail prices up 7.5% since January to £4.28/litre.

There is little sign of the sourcing situation improving, with hot and dry weather in Andalusia - which accounts for 75% of Spanish production - raising concerns of ongoing reduced production.

Meanwhile, in Italy, Xylella fastidiosa bacteria have caused many olive trees to be felled. European Commissioner for health and food safety Vytenis Andriukaitis this week branded the spread of the infection “an emergency”.

Andriukaitis visited Lecce in Italy this week to meet olive farmers and discuss the situation with Italian authorities and the European Food Safety Authority (EFSA). He called for a “knowledge and science-based approach” to tackling the disease. EU emergency measures - in place since February 2014 - were further strengthened in May 2015 in a bid to curtail the spread of the disease. However, the EC has warned the risk of the disease spreading further remains “very high” - with potentially serious consequences for supply chains.

A Rabobank report said this was a factor in Italy’s olive oil production hitting a 25-year low.

While production in Greece and Tunisia has been strong, prices have been pushed up as a result of the Italian and Spanish problems. And the debt crisis has impacted Greek exports, with suppliers holding onto stocks if they cannot make cash transactions rather than risk putting money through the banking system.