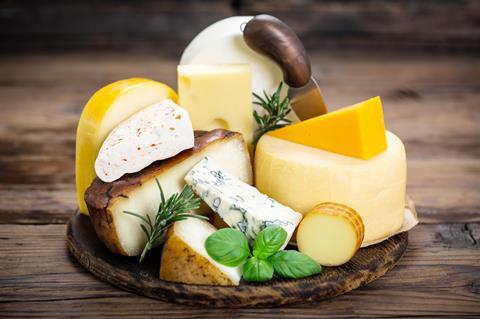 The mults are hiking prices on Continental cheese amid shortages and another slump in sterling.

There has also been a drop in supermarket deals in the category, with the volume of Continental cheese sold on promotion down 3.9% to less than a quarter of sales (22.4%) [Kantar 52 w/e 19 May 2019]. There have been shortages of some Continental cheeses over the past 12 months, which is pushing up prices, says Chris Chisnall, marketing director at importer Bradburys Cheese.

“So PDO cheeses such as comte, products like halloumi - there’s been shortages on as well. Therefore in order to secure volume, prices have gone up,” he says.

“There have also been milk shortages in France in certain regions across particularly camembert and the mountain cheeses - so we have seen some increases in price that we’ve had to pass on to retailers.”

Milk production remains “muted” across the EU28, according to AHDB, with volumes up just 0.3% (103 million litres) year on year in the first quarter of the year.

“Although Ireland, Poland and Denmark have seen growth in supplies compared to last year, large declines in France, Austria and the Netherlands has dampened overall growth,” AHDB says.

The impacts of the summer drought are still being felt, AHDB adds, with France among the worst affected. Its Q1 deliveries fell by 2% (135 million litres).

“It’s not a widespread EU milk shortage. It’s in certain regions where there’s obviously quite a few makers or liquid milk producers and there’s been some competitiveness across the board,” says Chisnall.

Average EU farmgate milk prices were up 5.2% year on year in June at 30.72p per litre, AHDB data shows.

Sterling fell to a 22-month low in recent weeks, which has also added costs. And prices could go higher in the event of a no-deal Brexit, warns Chisnall.

“Blue cheese coming in from the Continent will have a tariff apportioned to it”, he says. “We’re looking at a tariff of about £200/tonne - it’s what was announced pre the previous Brexit date so I’m assuming that’s going to be in situ for 31 October as well”.