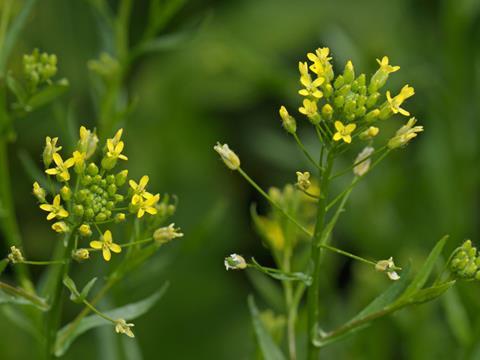 The court stated that organisms obtained by mutagenesis - in which traits are removed from genomes rather than foreign DNA being inserted - will no longer be exempt from the obligations imposed on GMOs by the GM directive.

The crops will now only be authorised following a risk assessment and will be subject to traceability, labelling and monitoring obligations.

This puts the trial of gene-edited camelina plants approved by Defra earlier in the year into question. Following the ruling, UK umbrella campaign GM Freeze and not-for-profit group GeneWatch UK wrote to Environment Secretary Michael Gove calling for him to stop what they termed the “unlawful” trial of these crops at Rothamsted Research.

In depth: Superfoods meet science: is GM on the verge of acceptance?

“We are delighted that this ruling will ensure their use in our fields and our food will be subject to detailed safety checks, monitoring and traceability.”

Professor Johnathan Napier, who is leading the trial at Rothamsted Research, said the court’s decision is “disappointing”. “They’re turning their back on what is a revolutionary new technology that could deliver immense benefits to agriculture, human health and life sciences in general.

“It’s going to make trade difficult between Europe and other countries such as the US which is keen on using these new technologies.

The court’s ruling comes after a French agricultural union called for crops produced using these new controversial techniques to be treated as GMOs. The Confederation Paysanne, along with eight environmental associations, argued that they are potentially harmful to the environment and to human and animal health, in the same way as traditional GMOs obtained through transgenesis in which foreign DNA is inserted.