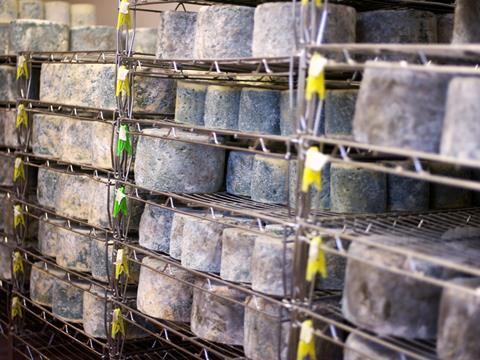 The cheesemaker implicated in the Scottish e.coli outbreak has dropped its judicial review against Food Standards Scotland.

Errington Cheese said it withdrew the judicial review application in response to a “change in stance by FSS” and an agreement by the regulator to pay its court expenses for these particular legal proceedings.

The review was launched by Errington at Scotland’s Court of Session in late October in a bid to overturn a ban on the sale of its products imposed by FSS on 14 September.

The company filed papers on three grounds: that FSS ordered the destruction of its cheese unlawfully; that no action had been taken by the FSS following the call for an investigation into the cheese; and that FSS had failed to produce evidence linking the e.coli outbreak to its products.

FSS said the recall was initiated on evidence from sampling and testing of cheese made by Errington, however, it later “backed down” according to the cheesemaker’s founder Humphrey Errington and revised a Food Alert For Action (FAFA) sent to local authorities which called for the cheese to be destroyed.

“The revised FAFA clearly reflects the powers that local authorities should use under food law to deal with withheld products that are regarded as a risk to health. This was the focus of the petition lodged by Errington Cheese for judicial review, and that petition has been dismissed,” said an FSS spokesman.

However, the cheesemaker claimed the agreement to end the judicial review application was recognition that the destruction of its cheese was “unwarranted and unnecessary”.

“We are pleased to report that it has now been recognised that the destruction of our cheese was unwarranted and unnecessary and that FSS has finally started to share the evidence that they possess with us,” a spokesman said.

The cheesemaker set up a crowdfunding campaign in partnership with journalist and author Joanna Blythman to raise money for the its legal fees. Over £15,000 has been raised by the page so far, representing some 31% of the £50,000 target.

Following the termination of the review, Blythman said: “FSS will only be paying the court costs of this particular judicial review, not the hefty legal costs already incurred as a preliminary. Nor will it compensate the Errington family for loss of sales and reputation. So we continue to raise funds to cover non-court legal fees to date.”

If the crowdfunding page raised more than the court costs, the funds would be used to campaign for better understanding of raw milk cheese or would be donated to charity, she added.

The Lanarkshire company’s Dunsyre Blue was linked to an e.coli outbreak in June that led to the death of a child. As a result of the ban on the cheese, the company suspended all operations and had to lay off all 12 of its workers. Around £350,000-worth of cheese remains unsold at the Errington premises.

Errington is still prevented from selling any cheese, and maintains that the evidence provided by FSS shows no link between the Dunsyre Blue cheese and the outbreak of illness.

“We continue to fight to reopen our business and to establish the truth of our position,” said a spokesman.

FSS indicated it was willing to be involved in discussions, but said South Lanarkshire Council was the body that had to be consulted before the business could reopen.