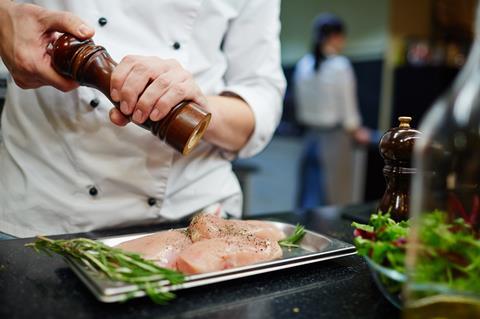 Despite great reductions in exposure to campylobacter in retail products, the number of cases of illness remain far too high

It doesn’t make front-page headlines any more, but our old enemy campylobacter hasn’t gone away. It remains by far the most common cause of foodborne illness in the UK.

After a few years of gentle decline in the number of cases, 2018 saw an unwanted and worrying rise in the amount reported in the UK. It’s probably worth reminding us all that in general those unlucky enough to be infected have typical symptoms of food poisoning for about three to five days, sometimes up to 10 days, before a full recovery is made. However, some have ongoing health issues that can last for months and, in a small number of cases, the afflicted have lifelong impacts on their health. So campylobacter is a serious public health problem that still needs to be tackled.

My reason for picking this nasty bacteria for this article was the recent publication of the campylobacter testing results of the nine largest retailers in the UK. While they all still report detection of the organism in poultry products (the main cause of the illness), levels have fallen dramatically since monitoring began over five years ago and the numbers are well below the targets set by the Food Standards Agency.

So, success on one hand (ie great reductions in exposure to the organism in retail products) but failure on the other, as the number of cases of illness remains far too high.

Some weeks ago I started to use a new web crawling tool that reports the food hygiene ratings reports across the various regions of the UK. Quite frankly I am appalled at the results I saw.

For example, of 673 premises in Bolton the average score (out of five) is just 3.8. Only Birmingham, Luton and Walsall have lower ratings in the UK. Also, the number of premises that either score no or one stars is quite shocking. Who in their right minds would buy food out of what I can only describe as ‘food slums’?

The answer is quite a few, unfortunately, otherwise these places wouldn’t still be in business. Why? Well, like all things in life the answer is probably complex, but I think one of the major causes is that citizens in England simply don’t know what the levels of hygiene are like. And why is this? Because mandatory display of food standards ratings has not been implemented in that country. And why is this? Because the Department of Health does not think this appropriate.Again, why? God only knows.

More from Chris Elliott: WTO standards post-Brexit will have harmful consequences for food

In Northern Ireland, where I live, it’s compulsory for food businesses to display their rating. I have a very simple rule for myself, my family, my friends and anyone else who will listen. Anything with fewer than four stars gets passed by – and if there’s nothing on display keep walking. This isn’t rocket science and I really do believe if the same principle was applied in terms of mandatory displays and consumers making informed choices the impact on foodborne illnesses in the UK would be striking (in a good way).

Of course, it’s easy to do a bit of government bashing and there is no getting around the fact that it’s all of our responsibilities to make the food we eat as safe as possible. In the case of chicken and camplylobacter the three easy rules to follow will keep everything at home safe. Step one; store chicken (and all meat) separately and in the bottom of your fridge. Step two; never wash chicken during its preparation and step three, cook it properly!

This article was amended on 1 April to remove a reference to Wales not having mandatory ratings. It has, in fact, been mandatory to display food ratings in Wales since 2013.