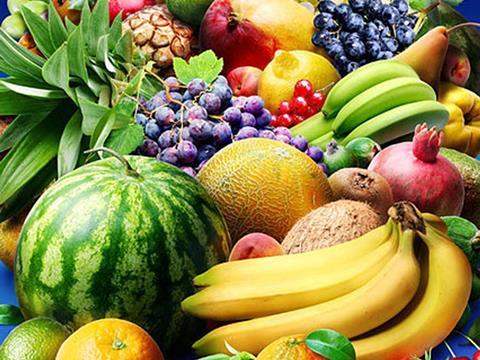 The fruit & veg sector has defended its use of pesticides after a report claimed free fruit given to schools contained residues of multiple pesticides, some of which it said could be harmful to human health.

The report, by Pesticides Action Network (PAN), claimed children were being exposed to “a cocktail of pesticide residues” in the fresh produce they receive through the Department of Health’s School Fruit and Vegetable Scheme (SFVS). It analysed the results of government testing of the produce supplied through the scheme between 2005 and 2016.

PAN said residues of 123 different pesticides were found in fruit & veg supplied through the scheme, and urged the government to switch the scheme to organic in order to better protect children’s health.

“These pesticides have documented potential to harm human health, especially the health of young children who are particularly vulnerable to their impacts,” said the report.

However, Nigel Jenney, CEO of the Fresh Produce Consortium, said the industry was “highly responsible” and only used pesticides as and when needed as part of a crop management programme.

He added the report had “misinterpreted” data taken from the government’s Expert Committee on Pesticide Residues in Food (PRIF), which showed that most fruit & veg tested fell under the maximum residue level (MRL) allowed by government regulations.

“The industry is using pesticides as and when it needs to in a responsible manner as per the regulations expect,” said Jenney. “As an industry the use and approval of pesticides and MRLs are all controlled by the very capable government agencies based on sound science.”

The Department of Health also defended its SFVS scheme, saying the fruit & veg supplied through the programme followed the same quality and safety legislation that all other fruit & vegetables supplied for consumption do in the UK.

“Maximum residue levels are set significantly below a level that could represent a risk to health, with the most sensitive individuals in the population taken into consideration,” said a Department of Health spokeswoman.

“On the rare occasions when an MRL is exceeded, our thorough surveillance system detects it and the FSA takes the necessary action to guarantee safety.”

An FSA spokesman added the watchdog was “confident” that MRLs provide a “good level of protection to consumers”.

However, Nick Mole, policy officer at PAN, said this report was just a “snapshot” of what’s going on in the fresh produce sector, and claimed the Department of Health “consistently refuses to acknowledge that pesticides are a health issue”.

“This is not specific to schools at all. There are pesticide residues in the produce that is available in the UK, that’s clearly shown every year. Overall it’s up to 40% of everything tested. Pesticides in food is a wider issue,” said Mole.

“While we applaud the Department of Health’s efforts to get children eating more fruit & veg, our research shows that the produce they are being given is generally worse than on supermarket shelves. Given how little it would cost to switch the scheme to organic, the government shouldn’t be putting our children’s health at risk when there are other options available.”