How can the food industry help solve the allergen problem? 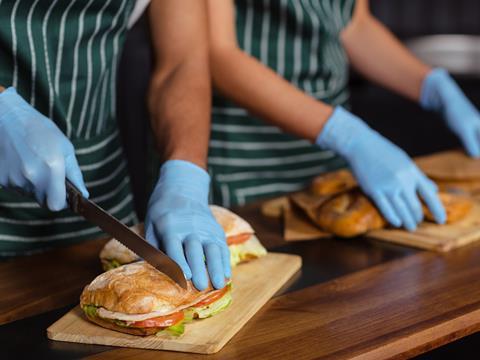 On 25 January, Defra secretary of state Michael Gove announced proposals to overhaul allergen labelling laws and give consumers clearer information on the food they buy.

This followed consultation with the food industry, allergen support groups and the parents of 15-year-old Natasha Ednan-Laperouse, who died so tragically after eating a Pret a Manger sandwich.

While some might wonder at the motivation for Gove’s action, he is someone in government who can get things done and this initiative, in my opinion, is a very welcome one.

In the UK there are an estimated two million sufferers of food allergies. Of course, most are thankfully not life-threatening, but the seeming tidal wave of such food-related problems is perplexing and worthy of significant investment by our government.

I was discussing the paucity of allergen-related research funding only a few months ago with one of the UK’s leading academics in this area.

So what is actually being proposed? A consultation, which lasts nine weeks, explores a number of options, from mandating full ingredient list labelling to mandating allergen-only labelling on food packaging. There are other, and equally important, topics being consulted on in terms of communicating allergen information to consumers, too.

I think it hugely important that the food industry plays a meaningful and positive role in the consultation process. I certainly intend to submit a response and will, for what it’s worth, summarise my current thinking here. I’d really appreciate some feedback on my opinions, so that they are as helpful and balanced as they can be.

First of all, I’m not in favour of putting large amounts of additional information on food packages.

To read many labels, especially with my fading eyesight, is already close to impossible. To me it should be a ‘warning sign’ based system where a red cross (or similar) highlights the presence of an allergen. Bold capitals below could spell out exactly what it is.

I am vehemently opposed to the ‘may contain’ type of label we see all too often. I think this is a total cop-out and does not reflect well on companies that use those two close-to-useless words. Personally I boycott them. I have a packet of peanuts in my archive that states on the label ‘may contain nuts’.

I also believe improved labelling is only a part of the journey we need to be on.

The correct training of staff preparing and serving food is of fundamental importance. I have tested a few at a number of different food outlets over recent months and I have to say the response was on a number of occasions appallingly bad.

Actually, I would go a lot further than training. I would promote a system that mandates inspection of all FBOs for correct allergen control. Furthermore I would mandate the outcome of all such inspections to be displayed on the door of all premises.

I’d go for a traffic light system. If you were a food allergy sufferer would you go inside any amber or red-signposted premises? To me this would drive good behaviour better than any other measure. Such a system would mean more work for local authority staff, especially our hard-pressed (but vital) EHOs.

So here’s a clear message for our government: why not start to reinvest in our national food system and save lives into the bargain?

Professor Chris Elliott is director of the Institute for Global Food Security at Queen’s University, Belfast