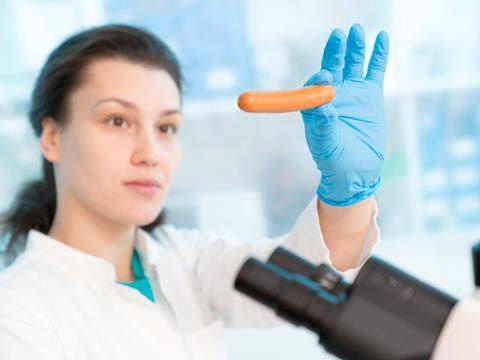 One of the UK’s largest supermarkets may have infected “thousands” with hepatitis E through its pork products, the headlines screamed this week. Here’s what you need to know about the controversial report that sparked it all.

What’s happened? A Public Health England study looked into how consumption of processed pork products and hepatitis E infections could be linked. It investigated the shopping habits of 60 people with hepatitis, and found a lot of them had eaten ham and sausages from ‘Supermarket X’ and were more likely to have a particular strain of hepatitis, HEV G3-2. This strain has not been found in UK pigs, so PHE suggested products made with imported pork could play a role. The study was picked up in The Sunday Times last weekend, sparking a slew of headlines.

Supermarket X? Why so cagey? PHE initially chose not to name the retailer because its study “does not infer blame on the supermarket”. This sparked widespread criticism and speculation, with several media reporting Tesco was believed to be the retailer in question. On Wednesday (23 August), PHE confirmed Tesco was indeed Supermarket X, but stressed its study was “a statistical analysis that found an association between clinical hepatitis E and sausage and ham products rather than direct causation”.

What’s been Tesco’s response? Following PHE’s statement, a spokesman said: “Tesco welcomes PHE’s statement that recognises Tesco products were not the cause of the hepatitis E infections in its research.” As the study suggested imported pork could have been involved, Tesco also pointed out its sourcing policy. “The sausages on sale at Tesco at the time of the research were sourced from the UK and continue to be today,” the retailer said. “We do, of course, recognise the risk of hepatitis E in pork and work very closely with farmers, suppliers, PHE, FSA and the industry to reduce its risk. We also provide customers with easy to follow advice on the packaging of all our pork products, setting out how to handle it safely and cook it thoroughly.”

How dangerous is hepatitis E anyway? In its statement on Wednesday, PHE’s Dr Jenny Harries said the risk from hepatitis E to public health was low, adding it was “usually a mild, self-limiting illness, which most people will clear without any symptoms”. However, the study struck a more worrying tone, describing a recent increase in hepatitis E infections as “of public health concern”. It also said hepatitis E could put people with compromised immune systems, such as those with HIV or recipients of organ transplants, at risk of “persistent infection leading to progressive liver disease”.

How big a problem is hepatitis in pork more generally? The PHE report says hepatitis E is endemic in pig populations worldwide. Between 150,000 and 200,000 people in the UK are infected with some form of HEV each year, and the FSA has labelled it an “emerging health issue” due to the increasing number of cases. However, not all of these will have originated from infected pork - contaminated drinking water is a common cause - and a PHE report suggests the number of animal-associated infections actually declined between 2016 and 2017. The British Meat Processors Association says the number of cases is “extremely small” compared with the 1.7 million tonnes of pig meat that were consumed in the UK in 2016.

What can be done to minimise risk? The FSA believes correct cooking practices are key and has reiterated its advice to cook pork products thoroughly until “steaming hot throughout, the meat is no longer pink and any juices run clear”. But it also admits there are gaps in our knowledge of the disease and has committed to working with retailers and manufacturers to gain a better understanding. It comes after scientists warned last October there was an “urgent” need to develop a lab test to establish if HEV in pork was infectious and posed a risk to human health. National Pig Association CEO Zoe Davies would also like more countries to follow the UK in conducting screening programmes for the disease among pigs.

What are the implications for the pork industry? Despite the focus on imported products, Davies says there is unlikely to be a swing towards British produce. The media scare could turn the public off pork, she fears. “The trouble is whenever you hear anything about a particular meat, no matter where it’s from, when people start to link hepatitis with pork they just won’t eat pork.”