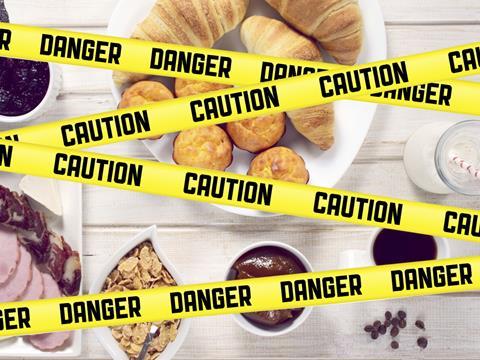 So we have a new government - or at least a government comprised of one political party. While the Conservatives are unashamedly pro-business, they could never be described as champions of the Food Standards Agency (FSA). For those who don’t remember, the agency came about in 2000 after the UK public lost faith in how food safety was being handled by the Conservative administration when the link between BSE in cattle and new variant CJD in humans was confirmed.

So with the Conservatives back in power, what does the future hold for the FSA now?

In 2010, the agency was stripped of its functions around nutrition by the coalition. The motivations around this are debatable, to say the least. Following this, the Department of Health launched ‘the Public Health Responsibility Deal’ - and nutrition was going to be a large part of the ‘deal’. However, the nutrition element seems to have got lost somewhere deep in the bowels of government, and my view is progress has been painfully slow. I am very concerned about just how much we appear to have lost sight of nutrition (more to the point, malnutrition) in public policy since the FSA stopped championing it.

But what about food safety, for which responsibility still lies with the FSA?

In my 2014 government report, I stated ‘we have one of the safest food supply systems in the world’. I wrote this as I believed it to be true. I also believe the services that give us this level of safety have been cut to the bone due to spending cuts.

So I ask a very simple question: would moving the functions of the FSA to another government department save money while still protecting the consumer and supporting the food industry?

I have been a long-time supporter of the FSA. It is an organisation that sometimes puzzles me, occasionally frustrates me, but overall impresses me. To try and get the balance right as a regulator, an industry advisor and a consumers’ champion is far from an easy task, and I think they mostly get it right. This notwithstanding, tough questions need to be asked about the future viability of the FSA in light of budget cuts. Some in the food industry (a limited number) tell me they hope the FSA will be closed and its functions moved to Defra. My reply is usually: “Be careful what you wish for.” A body that champions the safety of consumers above all else is hugely important to restoring and keeping consumer trust in our food system.

Food scares and scandals are an inevitable part of being part of a global food supply system. There will always be tensions and frictions with the food industry around particular issues but I very much get the feeling (perhaps as one of life’s optimists) that a growing sense of partnership between industry and the FSA is emerging or perhaps re-emerging after testing times involving the horsemeat scandal and the campylobacter campaign. There are plenty of legitimate arguments the FSA could have handled both better, and no doubt lessons need to be learned.

My suggestion to the FSA is to keep building partnerships, keep learning lessons. To the government, it is to think about what happens if/when the next food scare happens. Who will be best placed to protect the UK consumer and keep their trust in our food industry? I firmly believe we will be in a weaker position nationally without a standalone food body.

Chris Elliott is director of the Institute of Global Food Security at Queen’s University, Belfast