The UK is resilient to food fraud, but we need a ‘fortress’ mentality 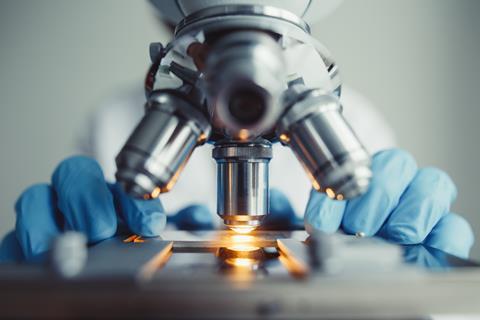 Following a case of severe toxicity at a major food aid agency, Chris Elliott has been invited to undertake another ‘Elliott Review’ on food aid

Earlier this year I was contacted, quite out of the blue, by a major food aid agency.

This agency does remarkable work in many areas of the world to feed millions of people who would otherwise starve. However, it had a problem, or at least a potential problem: some of the food it supplied into one country had been linked to illness.

After some initial discussions, I agreed to act as an ‘independent scientific expert’ for the agency. On reviewing the initial information, I found the agency’s food had, in fact, resulted in hundreds of people becoming ill and even a number of fatalities. Disturbingly, some of these were children.

Thus began an investigation involving a number of different agencies, government departments and several independent experts. The obvious questions that needed to be answered as quickly as possible were as follows. Had the illnesses been caused by contaminated water or food, and was the responsible agent chemical or microbiological in nature?

Answering these questions involved reviewing as much data as was available. Within a fairly short space of time, all indications were that people had fallen ill because of food that had been consumed – and that this food had been supplied by the aid agency. The speed of onset of the illness as well as the symptoms all pointed to a chemical cause.

Then the science had to kick in. Samples of the suspect food were sent to a few laboratories with particular expertise in toxin analysis, including my own in Belfast. We independently analysed the samples using a powerful technology known as untargeted high resolution mass spectrometry. Our results all agreed. We had identified a number of lethal plant toxins present in all of the suspect samples and in quantities that could trigger severe toxicity.

But how did these toxins get into the food in the first place? As with so many other investigations of food contamination I have been involved in, the complexity of the supply chains involved posed the greatest challenge.

Investigations continue, but a clear lead has been found along with clear evidence of contamination in one of the ingredient supply chains. So how and why did the contamination occur? This part of the investigation is ongoing, and a number of interrelated and complex factors are being explored. Was it due to climate change, changes in agricultural practices, fraud or human error? While far from complete, the evidence points to a potential combination of all these things.

I write this article now, and not at the end of the investigation, for a number of reasons.

I was first invited to write a monthly column for The Grocer following the publication of my Elliott Review after the horsemeat scandal of 2013. The review took me well over a year, and ever since I’ve been trying to support those in government and industry to prevent further such episodes.

I have now been invited by a United Nations Agency to undertake another ‘Elliott Review’, focused on food aid. I will be investigating not just what sometimes goes wrong with the delivery of safe food aid, but recommending measures that will prevent or at least reduce the chances of a reoccurrence.

It’s a major piece of work that will take up much of my time for the foreseeable future. I am therefore bringing to a halt my Grocer articles, so I can concentrate on the task at hand.

It has been an honour and pleasure to write the column over the past five years. In this time I have seen the UK food sector become much more resilient to food fraud. A partnership approach between companies and government agencies has been critical to this.

However, not a week goes by where I don’t see some form of food fraud happening somewhere in the world. We cannot afford to rest on our laurels. We need to have a ‘fortress UK’ mentality in place and continually strengthen it.