UK food assurance is broken. So how do we fix it? 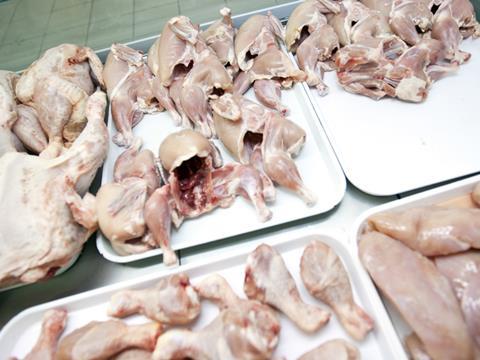 “How many times does Rome have to burn down before you do something?”

That’s what Efra Committee chair Neil Parish asked Mark Proctor, CEO of BRC Global Standards, as he expressed his disbelief that there had been yet another UK meat scandal – despite all the promises made after Horsegate.

Parish didn’t pull any punches as he interrogated Proctor and other representatives from the UK’s food assurance schemes, alongside the Food Standards Agency, during the Committee’s inquiry into the scandal involving poultry giant 2 Sisters Food Group.

And neither did Efra’s final report, which was a damning indictment of the UK’s food assurance system. Describing the current checks and balances to keep consumers safe as patchy, full of loopholes and easy to game, the Committee urged the FSA and other accreditation bodies to take the incident as a “wake-up call to tighten their processes and remove some of the more obvious loopholes.”

Something has gone wrong and something needs to change

The Committee’s view that something needs to change is one shared by food safety and assurance experts. Writing for The Grocer last month, Professor Chris Elliott, director of the Institute for Global Food Security, voiced his “deepest concerns over how food businesses are audited in the UK”, warning the “multiple copycat audits” currently taking place were forcing up the cost of food while failing to address whether businesses are actually operating in the manner they should be and making sure food is produced to “appropriate standards of safety and integrity.”

It is also one shared by the industry. “Neil Parish wasn’t wrong in saying that something with the assurance schemes and auditing hasn’t worked. Something has gone wrong and something needs to change,” says Richard Griffiths, CEO of the British Poultry Council.

In fact, you’d be hard pressed to find any stakeholders who didn’t agree urgent change is needed – with the exception perhaps of the rogue companies taking advantage of the current loopholes in the system.

But working out exactly how to change the system for the better is a difficult task. Efra concluded in its report that the “only fool-proof” system would be mandatory CCTV in all cutting plants and an inspector present “every day of every hour” – something which MPs recognised would be “unaffordable”.

So the Committee said it would settle for better application of existing risk management processes – with improved sharing of information between agencies – as well as “work to change the culture of food processing organisations”.

As CEO Jason Feeney pointed out during the inquiry, the FSA has already proposed some significant changes to the current assurance system under its plans to overhaul the UK’s food regulatory system by 2020 – including a better registration system for food companies and access to third-party audits, to give it better oversight of what is going on in businesses across the UK.

“We would like to have access to those audits. We would like to have the findings and recommendations of those audits, whether they are through private assurance schemes like Red Tractor or whether they are through retailers or the audits that the business conducts on itself,” told the Committee. “That would give us a fuller picture as to what the confidence levels are in relation to that particular business.”

More of the same is not going to change the business. We either need to be smarter about it

However, as part of those changes the FSA has also proposed fewer inspections for “low risk” businesses – something critics are very nervous about, especially in the light of the 2 Sisters scandal. As the Efra Committee pointed out, “the past record of the 2 Sisters Food Group is far from pristine” and the “apparent laxity of the oversight” of the West Bromwich plant casts questions over the quality of the FSA’s risk management assessments.

In its written submission to the Efra inquiry, trade union Unite argued the 2 Sisters case demonstrated an urgent need for the government’s policy of “light touch and risk-based regulation” to be reversed and enforcement capacity to be increased.

But Dawn Welham, technical director at Authenticate IS and president elect of the Chartered Institute Environmental Health, is more supportive of the FSA’s new direction. “The FSA is not asking for self-regulation. If anything they are asking for more transparency” she says. “What they want to do, which I think is a wise move, is use limited resources in a more effective way.”

Fixing the system isn’t about more checks and balances, she insists. “More of the same is not going to change the business. We either need to be smarter about it.”

Read more: As 2 Sisters is fingered over food safety, is FSA still right to let retailers mark their own homework?

Griffiths agrees the answer to improving assurance lies not in more inspections, but in better ones. “We need to look at whether these assurance schemes are really auditing businesses’ process, or have just become a tick box exercise,” he says. “And would it be better to have one audit that is really robust and can really challenge the culture and behaviour within a supply chain?”

The solution is embedding the right culture and the right behaviour across sites, across a business and across the industry

While CCTV and inspectors are a useful tool, they are not the solution to anything, insists Griffiths. “The solution is embedding the right culture and the right behaviour across sites, across a business and across the industry. That is what we will be focusing on now.”

Addressing problems in the culture and governance of UK food businesses will be vital to the success of any future assurance system, agrees Estelle Clark, director of policy at the Chartered Quality Institute, who warns against relying too much on external oversight. “That is your safety net, but you must try not to fall off the trapeze in the first place,” she says.

Motivating food businesses to improve their governance and impose a more safety focused culture is not an easy task, however, particularly given current price pressures in the system and the “invisible” nature of many infractions to food safety rules.

“The industries that have had to sort this out are those where if something goes wrong the public become aware very quickly due to something catastrophic happening, such as the automotive, aerospace and nuclear industries,” says Clark. “When things go wrong for them it’s not just some dirty chicken, its Three Mile Island or Deepwater Horizon.”

But there is one way to both motivate food businesses to improve their governance, and weed out the “well informed but ill intended” companies that are “gaming” the system, says Welham.

“We need to look for indicators that will point to integrity,” she says. “Whether that is absence levels, engagement scores, labour turnover, shrink levels, sales density, waste, or EL and PL claims. There is an awful lot of information out there that we should be asking questions about, which would hopefully give us a much better picture of what happens in these businesses when people aren’t looking.”

If this information was collected and collated from suppliers across the industry, it would be possible to establish a benchmark against which individual players could be measured, says Welham.

“You could spot a slight change in one of those indicators and know that something is not right,” she explains. “If the standard waste figure was 2% of productivity and one supplier has a figure of 10%, for example, you’d know something was off. Too good a waste figure would suggest they are reusing stuff.”

Information around staff turnover and employee accidents, meanwhile, would give regulators and customers better insight into the culture at the heart of the business. “If you have a high staff turnover and people are walking with their feet, usually that is because they are not being treated right or they are not comfortable because they are being asked to do something that doesn’t fit with their values,” says Welham.

Had these questions been asked during inspections of the 2 Sisters West Bromwich plant, they may have raised a big red flag. According to Unite’s written submission to the Efra Committee inquiry, “bullying and harassment” had been “rife” at the site before the scandal was uncovered.

Which demonstrates exactly why the current system needs to change, says Welham. “All that the current assurance model tells you is whether someone is competent. So in other words, whether they know how to pass an audit,” she says. “Separating out those companies who are well intended and do the right thing even when no one is looking, from those who are ill intended, requires a wholly different approach.”