‘Ultra-processed’ study could have ramifications for the vegan revolution 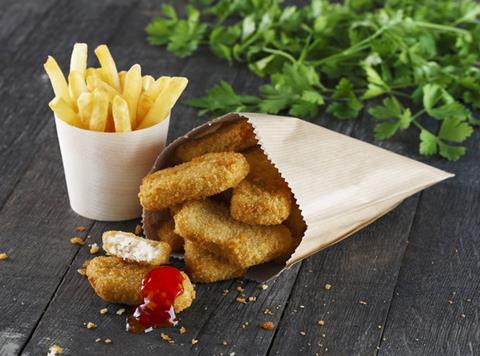 Ultra-processed foods could be making us sick, according to a major new study. Having observed the eating habits and medical records of nearly 105,000 French adults over several years, scientists found that a 10% increase in the amount of ultra-processed foods in the diet – stuff like industrially produced bread, instant noodles, ready meals, cakes and confectionery – was linked to a 12% increase in cancers of some kind.

It’s the first time ultra-processed foods – which have long had a bad rap on obesity – have been linked to cancer, though even the study’s own authors have urged caution. “We should not be alarmist. These results need to be confirmed in other prospective studies,” said lead author Mathilde Touvier.

Establishing causality between ultra-processed foods and the heightened cancer risk will be tricky. Are these foods potentially carcinogenic because they are high in fat, sugar and salt? Or is it the additives that are the problem?

Despite these limitations, however, the study could trigger a major shift in the dialogue around food and health. More scrutiny over the role these sorts of foods play in dietary illness will no doubt pose a big challenge for processed food manufacturers. But it could also be a big opportunity for the meat and dairy industries to reframe the health debate around their products and set the record straight on some of the arguments fuelling the plant-based boom.

While chicken nuggets were on the list of ultra-processed foods to avoid, that was because of ingredients added during processing – such as hydrogenated soybean oil. The study found that unprocessed foods like fresh meat, fish and milk were associated with lower risks of overall cancers.

In contrast, many meat alternatives touted as healthier alternatives to animal protein are packed full of ingredients like soy protein isolates, hydrogenated oils, emulsifiers, modified starches, firming and gelling agents – which would put them firmly on the list of ultra-processed foods linked to higher cancer rates.

I’ve long argued that the meat and dairy industries need to take a more proactive stance when it comes to defending the reputation of their products – something that is becoming increasingly pressing in the face of the vegan revolution. If the study’s findings prove accurate, this could well be the evidence they need to get started.