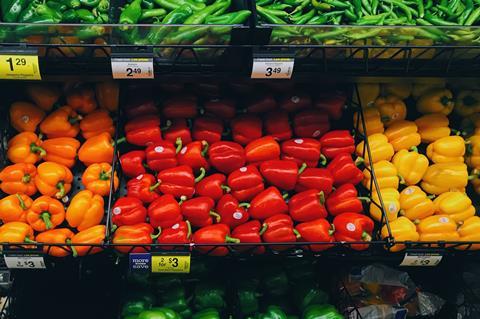 As the world’s fifth-largest retailer, Kroger is using its might to fight food waste

When it comes to food waste, UK supermarkets could learn a thing or two from Kroger. As the largest US supermarket by revenue and the world’s fifth-largest retailer, it’s using its might to fight the issue. The latest effort comes in the form of a new $2.5m fund from Kroger’s charity arm, the Zero Hunger Zero Waste Foundation, to support innovative startups offering solutions.

This fund is designed to “reshape the food system by supporting innovators who are elevating food to its highest use and disrupting the linear supply chain”. Solutions might involve imperfect surplus food, upcycled foods and meal kits, as well as upcycled commercial ingredients. There’s lots of potential for innovation and the fund is likely to be heavily oversubscribed.

Successful applicants will receive $100,000 of seed funding and then the same again if they reach agreed milestones. Two of the estimated 20 chosen organisations will then be offered investments of $250,000 subject to terms that will be disclosed at the time.

Some $15m has been directed to different organisations and innovators across the US via this route since 2018. Businesses to have received support from Kroger in the past include Replate, a company matching non-profits to sources of food from businesses and events, and Ripe Revival, which makes protein gummies from surplus fruit & vegetables. One of the businesses funded in an earlier round is Imperfect Foods, an online grocery retailer based in San Francisco but operating across 80% of the US.

Yet in the UK, there is little evidence of a similar approach. All the supermarkets have identified food waste – which reaches around 9.5 million tonnes a year in the UK, according to Wrap – as a priority. Largely, they partner with charities to distribute surplus to good causes and reports. But so far, there has been little in the way of funding for innovation to address this fundamental issue.

The nearest we got to an innovation fund in the UK was a pot of money from Defra and administered by Wrap to address hard-to-reach surplus. Yet only established organisations could apply, and the resulting rescued food had to be given to what was termed the “needy”.

Food waste czar Ben Elliot, the government and much of the industry are obsessed with linking food waste to “needy” causes. Yes, the 8.4 million people in the UK who struggle to feed themselves and their families need to be helped, but there is a risk of deterring investment in viable projects where a commercial return might be possible.

Despite what those in Defra might imagine, tens of millions of pounds worth of surplus food and drink is commercially traded in the UK each year outside the cluster of charities and social enterprises currently on their radar. How do we define who is needy, anyway? Many charities sell their food – albeit at a steep discount – and the lines between social and commercial enterprises are becoming more blurred. Cheap food will always tend to find a market with people who have less money.

Back to the aforementioned Defra fund, and two organisations received almost £2m each in 2019. One recipient was the UK’s largest food waste charity, FareShare, which worked with more than 100 new organisations and redistributed 4,447 tonnes of new surplus. All this food went to good causes, but the average cost per tonne was quite high at just over £320.

The other recipient was Company Shop Group, a commercial business that owns a community interest company. It appears to have redistributed relatively little food by comparison.

To have any hope of tackling food waste in the UK, we need to go further to oil the wheels of innovation. Perhaps, as the issue takes centre stage, we might we see some creative organisations from the City get involved. Otherwise, we will simply continue to plod along believing charity is the only way anything spare should be dealt with, while retailers sell us far more food than we will ever be able to consume.