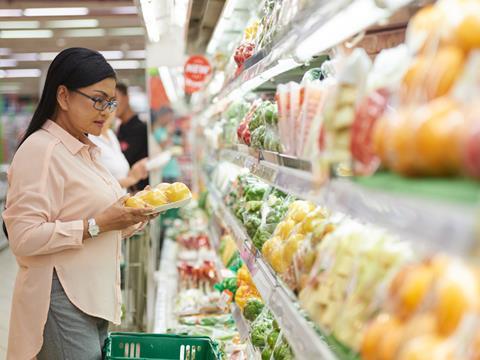 Supermarkets are already taking steps in the right direction on food waste and packaging, but the question is how to communicate their objectives to consumers

The noise around food waste as a global issue has been rising steadily, and supermarkets are painted as the problem in the UK. Newton’s research of 4,000 UK shoppers reveals that 92% believe the onus is on supermarkets to do more in this battle.

This is a bit of a whitewash – particularly when considering the same survey reveals that 73% of consumers admit to regularly wasting food at home. However, it does unequivocally highlight that the issue is a big deal for both consumers and supermarkets. The question is: who can – and should – take the lead?

Supermarkets are already taking steps in the right direction, such as embracing and then building on the mandatory charges for plastic bags. Other avenues that some retailers are investing in include changing premium-looking black plastic for more easily recyclable options, selling wonky veg and utilising imperfect produce within other products, with further ideas including delayed bogof offers.

Taking these ideas in turn, own-brand product revamps are frequent and so changes to packaging can, in theory, be implemented rapidly. However, complications arise in the potential need for updating machinery and processes, which can incur significant costs. Whether these decisions stick will be determined by consumer reception. Regardless of the cost outlay, if consumers don’t bite, retailers will quickly revert to more expensive and potentially less environmentally friendly options. The sale of wonky veg and the use of imperfect produce are two methods that we are seeing widely in grocery retail and, while the financial pay-off is often negligible, it shows efforts being made to fight food waste.

Ideas such as delayed bogofs do potentially have some legs. The impetus here will be on running good trials, with the right set of products, where both the idea and potential payoff are clearly articulated. Success will hinge on which products are included. For example, longer-life chilled products, such as butter, may still see some wastage depending on the timeframe allowed for the second purchase. Shorter lifespan products, such as ready meals, may see more success.

Packaging: what grocery can expect from Defra’s resources and waste strategy

The overriding question is how to communicate such objectives to consumers. Shoppers are overwhelmed with information in store. Promotions, new launches and seasonal activity signage bombard them, meaning educational attempts in this crowded space are likely to get lost. Exacerbating this is the fact that the opportunity for retailers to talk to customers is limited and expensive, so they will choose to use these chances to promote their core values. There needs to be a cohesive and collaborative approach by retail bodies and government to get the message across. Encouragement from government alone rarely works and there is almost always a commercial driver needed so progress can be made at pace, such as in the case of the plastic bag levy.

Supermarket management teams are continually burdened by the constant pressure to lower costs, and – to them – the issue of food and plastic waste is not merely one of environmental consequence, but one of eroded margins. This impetus will see waste and packaging costs driven down and we will inevitably see the problem of waste lessen, but the pace at which this will occur remains unclear. At the moment, not enough is being done from either side and we need to see retailers, government and consumers working together to make a significant and lasting difference.

Paul Harvey is a partner at Newton